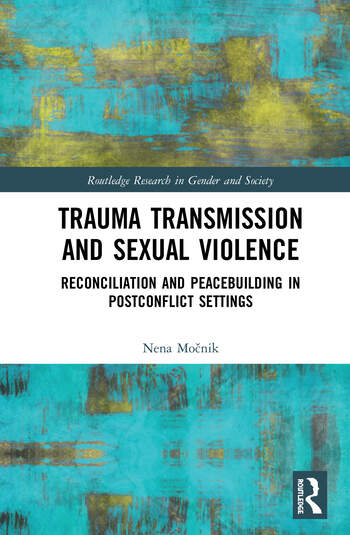 This book grapples with the potential impacts of collective trauma in war-rape survivors’ families. Drawing on inter-ethnic and inter-generational participatory action research on reconciliation processes in post-conflict Bosnia-Herzegovina, the author examines the risk that female survivors of war-related sexual crimes, now-mothers, will breed hatred and further division in the post-conflict context. Showing how the historical trauma of sexual abuse among survivors affects the ideas, perceptions, behavioural patterns and understandings of the ethnic and religious ‘Other’ or perpetrator, the book also considers the influence of such trauma on other attitudes rarely addressed in peacebuilding programmes, such as notions of naturalised gender-based violence, cultural scripts of sexuality and support for dangerous or violent aspects of the patriarchal social order. It thus seeks to sketch proposals for a curriculum of peacebuilding that takes account of the legacy of war rape in survivors’ families and the impact of trauma transmission. As such, Trauma Transmission and Sexual Violence will appeal to scholars of politics, sociology and gender studies with interests in peace and reconciliation processes and war-related sexual violence.

1. I will not Raise my Child to Kill your Child

4. Mothering with the Trauma of War Rape

7. Survivors and Post-War Youth in Intergenerational Dialogue to Prevent the Transmission of Sexual

Nena Močnik is a researcher at the Université de Cergy-Pontoise, France, and the author of Sexuality after War Rape: From Narrative to Embodied Research.