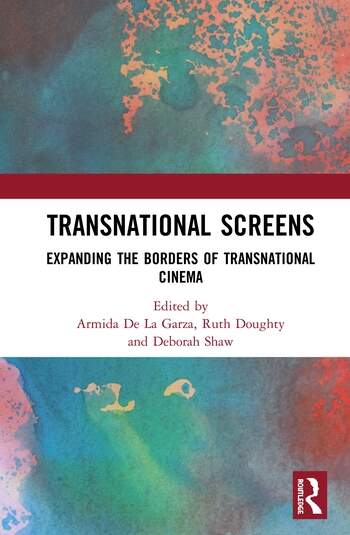 Written by leading scholars, this book looks at the key developments in the field of transnational film and screen studies. The chapters were originally published as a special issue of the journal, Transnational Screens.

Chapter 4: ‘The past is a foreign country’: exoticism and nostalgia in contemporary transnational cinema, Daniela Berghahn

Dr Armida de la Garza is Senior Lecturer in Digital Arts and Humanities at University College Cork, Ireland. She is interested in research on internationalisation in higher education; on Screen Media and their relation to culture, industry and education; and on collaborative, interdisciplinary research that bridges the gap between science and the arts.

Deborah Shaw is Professor of Film and Screen Studies at the University of Portsmouth. Her research interests include transnational film theory, Latin American cinema, and film and migration, and she has published widely in these areas.

Dr Ruth Doughty is the Programme Leader for Film Studies at Liverpool John Moores University. She is the co-author of Understanding Film Theory (2017). Ruth is the Principal Investigator on a Lottery Funded project looking at the history of Littlewoods in Liverpool.