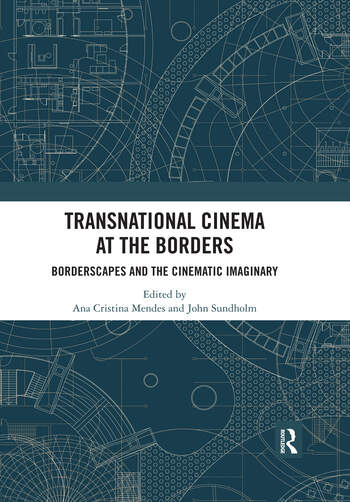 Transnational Cinema at the Borders: Borderscapes and the cinematic imaginary

In tandem with a postnational imaginary which is nurtured by the ever-present promise of deterritorialized mobility and burgeoning migratory fluxes, walls and fences separating nation-states multiply. This is a burning issue: even though nation states at the centre of the global order increasingly present themselves as postnational, calls for tighter border security undermine utopian notions of both a borderless New Europe and the USA as the Promised Land. This collection investigates the urgent issue of borderscapes and the cinematic imaginary by bringing together a range of new approaches in the field of film and media studies, crossing over into sociology, migration studies and artistic research. The contributions focus on the interrelated motifs of borderscapes as they are represented and used in transnational cinematographies, from Palestine to Sweden, Spain, Finland, Italy, Iran, Iraq, France, the UK and US, and as constituting premises of cinematic production. The chapters in this book were originally published in the Transnational Cinemas journal.

2. Mediating migration in Ceuta, Melilla and Barcelona: border thinking and transnationalism from below in independent documentary Josetxo Cerdán and Miguel Fernández Labayen

3. Spaces of becoming: the Stockholm Film Workshop as a transnational site of film production Lars Gustaf Andersson and John Sundholm

4. An island of madness: the social force of mental fortresses – a visual essay Mieke Bal and Michelle Williams Gamaker

7. Looking from the Border: A Cosmopolitan Approach to Contemporary Cinema Celestino Deleyto

is Assistant Professor of English Studies in the School of Arts and Humanities at the University of Lisbon, Portugal. Her areas of specialization are cultural and postcolonial studies, with an emphasis on the representations and reception of alterity in the global cultural marketplace.

is Professor of Film Studies and Head of the Department of Media Studies at Stockholm University, Sweden. He has published widely on minor cinemas and memory studies. He also works as a film programmer/curator and is affiiated to the PhD program in Fine Arts at the University of the Arts in Helsinki, Finland.

Transnational Cinema at the Borders: Borderscapes and the cinematic imaginary