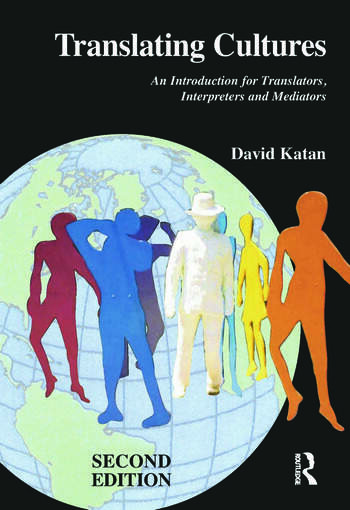 Translating Cultures: An Introduction for Translators, Interpreters and Mediators

As the 21st century gets into stride so does the call for a discipline combining culture and translation. This second edition of Translating Cultures retains its original aim of putting some rigour and coherence into these fashionable words and lays the foundation for such a discipline. This edition has not only been thoroughly revised, but it has also been expanded. In particular, a new chapter has been added which focuses specifically on training translators for translational and intercultural competencies.

The core of the book provides a model for teaching culture to translators, interpreters and other mediators. It introduces the reader to current understanding about culture and aims to raise awareness of the fundamental role of culture in constructing, perceiving and translating reality. Culture is perceived throughout as a system for orienting experience, and a basic presupposition is that the organization of experience is not 'reality', but rather a simplified model and a 'distortion' which varies from culture to culture. Each culture acts as a frame within which external signs or 'reality' are interpreted. The approach is interdisciplinary, taking ideas from contemporary translation theory, anthropology, Bateson's logical typing and metamessage theories, Bandler and Grinder's NLP meta-model theory, and Hallidayan functional grammar.

Authentic texts and translations are offered to illustrate the various strategies that a cultural mediator can adopt in order to make the different cultural frames he or she is mediating between more explicit.

Part 1: Framing Culture: the Culture-Bound Mental Map of the World

1.1 The Influence of Culture
1.2 The Cultural Interpreter/Mediator
1.3 The Translator and Interpreter

2.1 On Defining Culture
2.2 Approaches to the Study of Culture
2.3 McDonaldization or Local Globalization?
2.4 Models of culture

5.1 Context of Situation and Culture
5.2 The Sapir-Whorf Hypothesis
5.3 Lexis
5.4 The Language System

Part 2 Shifting Frames: Translation and Mediation in Theory and in Practice

7.1 The Translation Process
7.2 The Meta-Model and Translation
7.3 Generalization
7.4 Deletion
7.5 Distortion

Part 4 Intercultural Competence: On Becoming a Cultural Interpreter and Mediator

Chapter 13: On Becoming a Mediator

13.1 The Development Model of Intercultural Sensitivity (DMIS)
13.2 The Six Stages
13.3 The Translator Student

Translating Cultures: An Introduction for Translators, Interpreters and Mediators