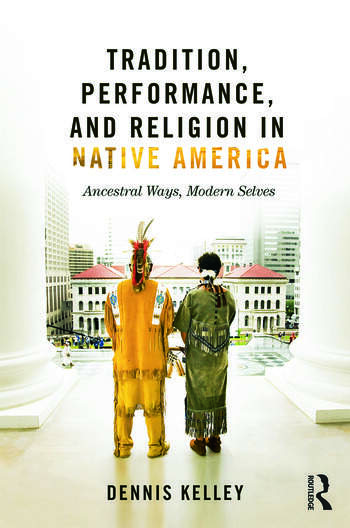 In contemporary Indian Country, many of the people who identify as "American Indian" fall into the "urban Indian" category: away from traditional lands and communities, in cities and towns wherein the opportunities to live one's identity as Native can be restricted, and even more so for American Indian religious practice and activity.

explores a possible theoretical model for discussing the religious nature of urbanized Indians. It uses aspects of contemporary pantribal practices such as the inter-tribal pow wow, substance abuse recovery programs such as the Wellbriety Movement, and political involvement to provide insights into contemporary Native religious identity.

Simply put, this book addresses the question what does it mean to be an Indigenous American in the 21st century, and how does one express that indigeneity religiously? It proposes that practices and ideologies appropriate to the pan-Indian context provide much of the foundation for maintaining a sense of aboriginal spiritual identity within modernity. Individuals and families who identify themselves as Native American can participate in activities associated with a broad network of other Native people, in effect performing their Indian identity and enacting the values that are connected to that identity.

Table of Contents: Chapter One: Revitalization, Renewal, and Reprise: On The Modern Expression of American Indian Spiritual Culture. Religion and Spirituality as Functional Categories. Renewal, Revitalization, Reprise. Understanding "Indigeneity". Chapter Two: Tradition, Modernity, and Spirituality: The Intertribal Powwow, Traditional Arts, and Language Revival as Arenas for Identity Negotiation. The Urban Landscape. Pan-Indianism in Review. The Intertribal Powwow. Performing Identity and "Being Indian". Chapter Three: Political Activism as Ceremony: Experiencing the Sacred Through Protest. American Indians and Identity Politics in the 1960’s and ‘70’s. A Performance Theory Approach to Native Political Actions. Chapter Four: Traditional Identity and Communal Health: Religion and Well-Being in Indian Country. Indians and Alcohol. American Indian Alcoholics Anonymous and the Red Road to Sobriety. Conclusion. Chapter Five: Jesus as the "Ultimate Sun Dancer": On Being Native and Christian. Christians and Missionaries: What IS "Conversion?" Indigenizing Jesus. Practiced Values, The Value of Practice. Conclusion. Chapter Six: Into a Possible Future: An Epilogue. Indians, Modernity, and Cultural Competence. The World is a Canoe. References.

Dennis Kelley was awarded his PhD from the University of California, Santa Barbara, in September of 2007. His work primarily interrogates concepts of religious identity, especially as it affects and is affected by ritual practice and sacred narratives. This work is explored through the lens of American Indian religious history, with an emphasis on contemporary Native communities. He lives in Columbia, Missouri, with his wife Kate and their two children, Bear and Nola.

"This erudite study is a cultural bridge of sophisticated analysis in demonstrating how modern Indians invent new traditions to connect their identities to the past for spiritual balance. Surprisingly this is not new, for Indians have acculturated to live according to nature’s cycles and the circle of life, and Dennis Kelley brilliantly shows how this was done in the twentieth century and now."

"By drawing on his personal experience with Chumash canoe culture revitalization and his many visits to urban Native American centers and powwows Kelley convincingly demonstrates the value of a practice approach to the study of religious identity."