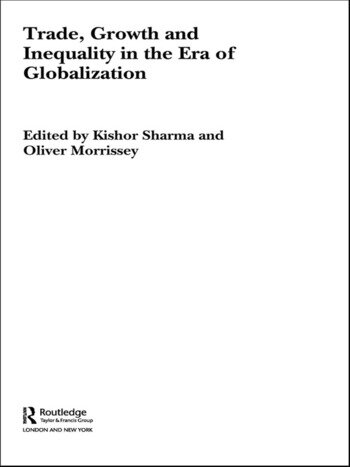 Trade, Growth and Inequality in the Era of Globalization

In recent years, globalization has been the subject of considerable research and comment. A major phenomenon, it is open to a variety of interpretations. In particular, the debate over trade liberalization, growth and inequality has come under close scrutiny as demonstrations against globalization have gathered pace.

This volume provides a much needed comparative study of the link between globalization, growth and inequality. It assesses how globalization affects growth, inequality and poverty in developing and transition countries. Paying particular attention to eleven low and middle income countries, the authors argue that globalization can actually help reduce poverty and inequity when institutions and physical infrastructures are efficient. Divided into four parts, the book documents the lessons drawn from case studies on Africa, Latin America and Central Asia.

A fascinating book which sheds light on many globalization issues, Trade, Growth and Inequality in the Era of Globalization will be of interest to students and researchers of development economics, globalization and international trade.

1. Trade, growth and inequality in the era of globalisation / Kishor Sharma and Oliver Morrissey

12. Liberalization, growth and welfare: the ‘‘maquiliación’of the Mexico Economy / Andrew Mold and Carlos A Rozo

Trade, Growth and Inequality in the Era of Globalization