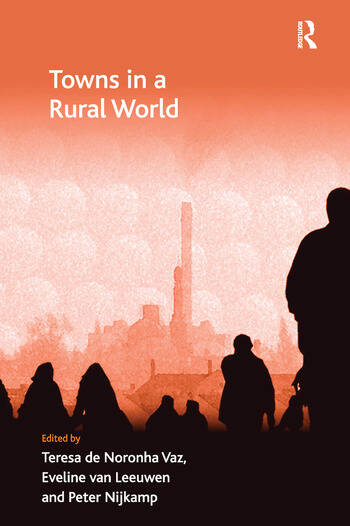 Towns in a Rural World

Focusing on the strategic position of towns in rural development, this book explores how they act as hotspots for knowledge creation, diffusion for vital business life and innovation, and social networks and community bonds. By doing so, towns - even the smallest - can cope with processes of socio-economic decline and promote a geographically balanced income distribution and sustainable production structure. The contributors to this volume examine how to take advantage of the great potential offered by urban areas in the rural world to favour competitiveness and encourage economic activity. Taking a European perspective, the authors identify the main socio-economic advantages generated by urbanized population settlements that small and medium-sized rural towns can provide. Although much attention is currently focused on the efficient use of scarce natural resources and land, they argue that towns have an increasingly important economic and social role to play in rural areas.

'Towns in a Rural World documents a compelling range of challenges that rural regions face, with both similarities and differences to those of other areas of the world. In perhaps their most effective insight, the authors underscore that successful rural development is not, and cannot be, a one-size-fits-all strategy, as exemplified by the rural tourism scenarios detailed in the book. Because of their willingness to engage such challenges directly, the editors of Towns in a Rural World helpfully provide a broader conceptual portfolio to consider the potential development trajectories of rural towns and regions.' Journal of Regional Science ’It sometimes seems that world cities capture all the limelight in our mediatized world. By focusing on small cities, towns, and villages, this book is a refreshing departure from this oppressing trend. This impressive collection of seventeen original contributions on an array of socio-economic facets of towns and small cities by scholars from across Europe reaffirms that small may be beautiful and that balanced urban development is crucial to sustainable futures.’ Jean-Claude Thill, University of North Carolina, USA

Towns in a Rural World