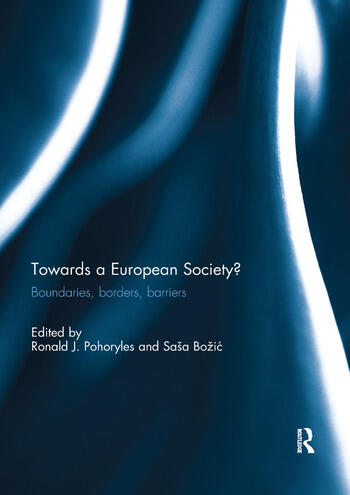 In the aftermath of the Maastricht Treaty, Europe saw tremendous integration, but the last few years have seen a new power game between federalist and confederalist actors. Although the Lisbon Treaty increased the power of the federalist-inclined European Parliament, the politics of the European Council are marked by a confederalist approach that re-affirms the power of the individual member states. As the European Council gains in strength, it supports the idea that EU policies should act as a means to protect individual national interests rather than as a positive-sum game to the benefit of all member states. This ‘national egoism’ as a political strategy is paralleled by the rise of nationalism in many member states, as a result of which we are faced with an increase in social inequality due to unequal social rights and social exclusion of minorities, an increase of social control disguised as security policy, nostalgic cultural policies that emphasize the national cultural heritage, and migration control that threatens the Schengen Agreement.

These developments pose a challenge for European social science scholars, both theoretically and based on practical experience from their research activities. International cooperation has improved theoretical and methodological knowledge in a major way, and academic exchange and migration have led to innovation in science and research. Since academic communities support further internationalization and Europeanization, and are opposed to all types of barriers between the nation states, there is a need to theoretically, conceptually, and empirically research the idea of a ‘European society’. This book was originally published as a special issue of Innovation: The European Journal of Social Science Research.

3. Towards a ("thick", "thin", or "parallel") European society? Understanding the dynamics of European multiplicity Didem Buhari-Gulmez and Chris Rumford

5. Cross-border partnership – the impact of institutions on creating the borderland communities (the case of Spree-Neisse-Bober Euroregion) Joanna Frątczak-Müller and Anna Mielczarek-Żejmo

6. Policy-making on science in society between Europeanization and core-periphery divide Jasminka Lažnjak and Jadranka Švarc

Ronald J. Pohoryles is Chairman of the Board of Directors of the ICCR Foundation, and Associate Professor for Comparative Political Systems at the University of Innsbruck, Austria. His research expertise covers European integration, emphasizing public policy analysis, science, and technology with emphasis on internationalization, green economy and environment, and technological integrated assessment.

is Professor and Head of the Department of Sociology at the University of Zadar, Croatia. From 2013-2015 he served as President of the Croatian Sociological Association. His major research interests are transnational processes and social space, nations and nationalism, migration and post-migration processes, and ethnic relations.