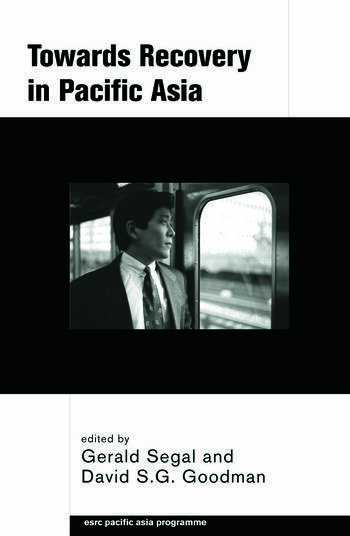 Towards Recovery in Pacific Asia

Attempts to define the Asian Crisis and its future course continue to be hotly contested. Towards Recovery in Pacific Asia deals with financial and industrial reform, defence policies, the 'Asian-Values' debate, corruption and croneyism; as well as China, Japan and intra-regional affairs. Rather than trying to resolve the heated debate about the causes of the crisis, this book reflects on underlying trends to examine the possible paths of recovery. Bringing together experts in the field, Towards Recovery in Pacific Asia suggests that recovery is by no means impossible nor as difficult as might at first have seemed. But it requires political reform, tackling specific economic problems and the international support of the US, European Union and World Bank. There are still causes for concern, such as Indonesia's transition from the Suharto era and political reform in China and, most significantly, Japan. With its highly topical focus on the social, political and economic development of the Asia Pacific region, this book represents a vital, up-to-date analysis for students and researchers in Asian studies, International Relations, International Political Economy, as well as policy makers and professionals working in, or with, Pacific Asia.

Gerald Segal is the Director of Studies at the International Institute for Strategic Studies in London. David S. G. Goodman is Director of the Institute for International Studies at the University of Technology, Sydney, and a member of the Australian government's Foreign Affairs council. Both have written extensively; the most recent collections they have co-edited include China Deconstructs: Politics, Trade and Regionalism and China Rising: Nationalism and Interdependence, both published by Routledge.

Towards Recovery in Pacific Asia