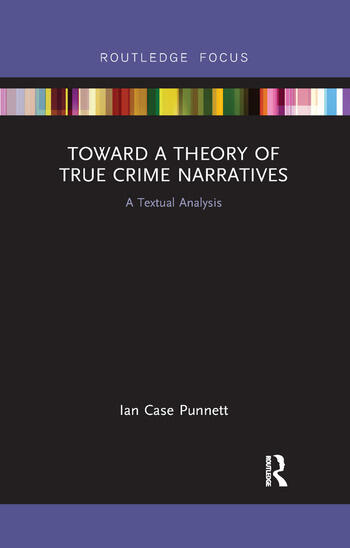 Toward a Theory of True Crime Narratives: A Textual Analysis

Toward a Theory of True Crime Narratives vivifies how nonfiction murder stories are told, what role they play in society, and in the form of true crime why they remain enduringly popular internationally on every platform. This book establishes for the first time the actual line—or dotted line—between mainstream journalism and the multimedia phenomena of true crime. Presenting a stable definition of what is—and what is not—true crime will either challenge or justify Truman Capote’s claims regarding the creation of a "new journalism" with In Cold Blood, and accordingly expose the reluctance of the promoters of NPR’s Serial, HBO’s The Jinx, and Netflix’s Making a Murderer to refer to their products as such. This research codifies true crime texts of various types on multiple platforms—radio, television, print, digital, and film—to reveal the defining characteristics of the genre.

1. Introduction: An Outline in Chalk

2. The Exploratory Study: A Proper Search

3. The Findings: Two Sides to Every True Crime Story

3.1 The Prosecution: The Critic’s View

3.2 The Defense: True Crime as a Justice Mechanism

3.3 A Review of the Evidence: A Theory of True Crime

4.3 The International Man Hunt is On

4.4 Accomplices after the Fact

Ian Case Punnett is a professor of multimedia journalism who came back to graduate school after a successful decades-long career in commercial radio/television/print/digital media. Other books include A Black Night for the Blue Grass Belle (2016) and How to Pray When You’re Pissed at God (2013).

Toward a Theory of True Crime Narratives: A Textual Analysis