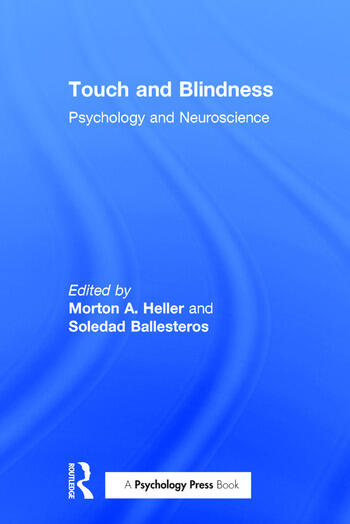 Touch and Blindness: Psychology and Neuroscience

Research on touch and blindness has undergone rapid transformation in recent years, with dramatic developments in technology designed to provide assistance to those who are blind, and advancements in robotics that demand haptic interfaces. Touch and Blindness approaches the study of the topic from the perspectives of psychological methodology and the most sophisticated, state-of-the-art techniques in neuroscience. This book, edited by well-known leaders in the field, is derived from the discussions presented by speakers at a conference held in 2002, and presents current research in the field.

The book is arranged in a logical, disciplinary fashion, first discussing touch and blindness from a psychological perspective, followed by an examination from the perspective of neuroscience. Some specific topics include:
*processing spatial information from touch and movement;
*form, projection, and pictures for the blind;
*neural substrate and visual and tactile object representations; and
*the role of visual cortex in tactile processing.

Touch and Blindness is ideal for researchers in psychology and neuroscience, medicine, and special education.

"This book is of interest both to students new to the field as well as to more experienced researchers." Astrid Kappers, Perception

Touch and Blindness: Psychology and Neuroscience