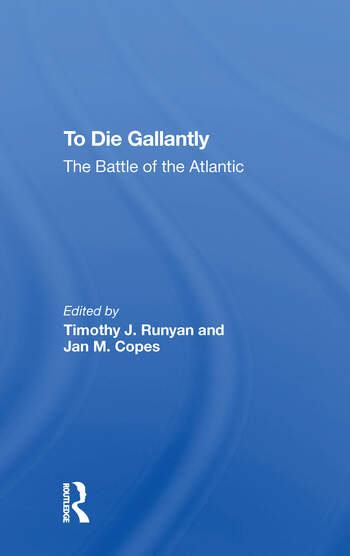 To Die Gallantly: The Battle Of The Atlantic

German U-boats, known as "iron coffins", terrorized Allied ships during World War II and were responsible for thousands of deaths. This volume, published to commemorate the 50th anniversary of the Battle of the Atlantic, brings together historians from both sides of the ocean to discuss this important campaign. As well as offering new insights into both familiar and more neglected aspects, the book reflects the human dimension of the conflict, paying tribute to the whole spectrum of personnel involved - planners and strategists, spies and code-breakers, naval officers and crews, merchant sailors, and civilians.

To Die Gallantly: The Battle Of The Atlantic