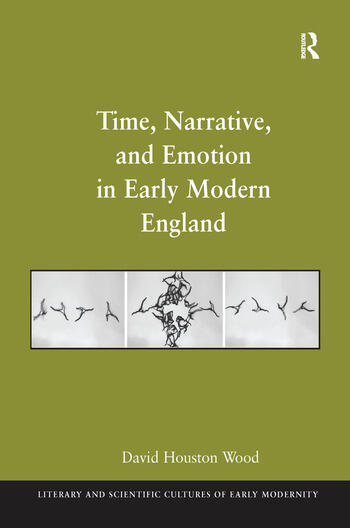 Exploiting a link between early modern concepts of the medical and the literary, David Houston Wood suggests that the recent critical attention to the gendered, classed, and raced elements of the embodied early modern subject has been hampered by its failure to acknowledge the role time and temporality play within the scope of these admittedly crucial concerns. Wood examines the ways that depictions of time expressed in early modern medical texts reveal themselves in contemporary literary works, demonstrating that the early modern recognition of the self as a palpably volatile entity, viewed within the tenets of contemporary medical treatises, facilitated the realistic portrayal of literary characters and served as a structuring principle for narrative experimentation. The study centers on four canonical, early modern texts notorious among scholars for their structural- that is, narrative, or temporal- difficulties. Wood displays the cogency of such analysis by working across a range of generic boundaries: from the prose romance of Philip Sidney's Arcadia, to the staged plays of William Shakespeare's Othello and The Winter's Tale, to John Milton's stubborn reliance upon humoral theory in shaping his brief epic (or closet drama), Samson Agonistes. As well as adding a new dimension to the study of authors and texts that remain central to early modern English literary culture, the author proposes a new method for analyzing the conjunction of character emotion and narrative structure that will serve as a model for future scholarship in the areas of historicist, formalist, and critical temporal studies.

Contents: 'Divers paces with divers persons': timing the self in early modern England; 'The accident of an instant': passions, potions, and poisons in Sidney's Old Arcadia; 'Very now': time and the intersubjective in Othello; 'Not a jar o' th' clock': time and narrative in The Winter's Tale; 'Spirit of phrenzie': narrative temporality in Samson Agonistes; Conclusion; Bibliography; Index.

'Time, Narrative, and Emotion in Early Modern England offers an important dialogue between two key preoccupations within early modern studies - embodied humoral subjectivity on the one hand, and temporality on the other. David Wood presents a wealth of thoughtful readings, as well as a counter to the underscrutinized historicist resistance to pyschoanalytic theory in readings of Renaissance literature and drama.' Jonathan Gil Harris, George Washington University, USA ’... challenging and ambitious... learned and provocative. ... Wood is an astute reader, both of primary texts and critical theory, and this book makes original forays in both directions.’ William Kerwin, Renaissance Quarterly '...a very thought -provoking and challenging reading of texts that remain central to early modern studies as well as a valuable overview of current critical theories....What emerges from this book is a comprehensive and very learned study that seeks to interpret a cross-selection of early modern texts in a dynamic and meaningful engagement. ... [Wood's] footnotes and quotes are excellent, and this innovative book adds a new dimension to early modern critical studies.' British Society for Literature and Science '... offers a helpful corrective to the neglect of time in recent scholarship on the early modern period.' Sixteenth Century Journal