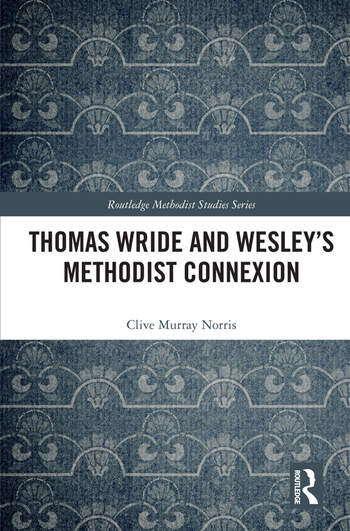 This book highlights the life and writings of an itinerant preacher in John Wesley’s Methodist Connexion, Thomas Wride (1733-1807). Detailed studies of such rank and file preachers are rare, as Methodist history has largely been written by and about its leadership. However, Wride’s ministry shows us that the development of this worldwide movement was more complicated and uncertain than many accounts suggest.

Wride’s attitude was distinctive. He was no respecter of persons, freely criticising almost everyone he came across, and in doing so exposing debates and tensions within both Methodism and wider society. However, being so combative also led him into conflict with the very movement he sought to promote. Wride is an authentic, self-educated, and non-élite voice that illuminates important features of Eighteenth-Century life well beyond his religious activities. He sheds light on his contemporaries’ attitudes to issues such as the role of women, attitudes towards and the practice of medicine, and the experience and interpretation of dreams and supernatural occurrences.

1 The significance of Thomas Wride

7 Wride and the growing pains of John Wesley’s Connexion

8 Defining the Connexion: Wesley, Wride, and the marketplace of ideas

9 Wesley’s Methodism and the supernatural

Clive Murray Norris is a Research Fellow at the Oxford Centre for Methodism and Church History, Oxford Brookes University, UK.