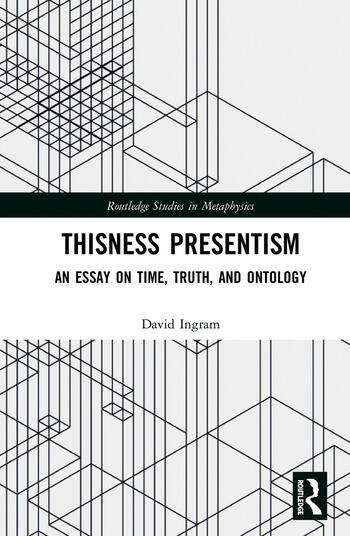 Thisness Presentism: An Essay on Time, Truth, and Ontology

Thisness Presentism outlines and defends a novel version of presentism, the view that only present entities exist and what is present really changes, a view of time that captures a real and objective difference between what is past, present, and future, and which offers a model of reality that is dynamic and mutable, rather than static and immutable. The book advances a new defence of presentism by developing a novel ontology of thisness, combining insights about the nature of essence, the metaphysics of propositions, and the relationship between true propositions and the elements of reality that make them true, alongside insights about time itself. It shows how, by accepting an ontology of thisness, presentists can respond to a number of pressing challenges to presentism, including claims that presentism cannot account for true propositions about the past, and that it is inconsistent with the reality of temporal passage and the openness of the future. This is one of the only book-length defences of presentism. It will be of interest to students and scholars working on the debate about presentism in the philosophy of time, as well as those interested in the metaphysics of propositions and truth-making, more generally.

Part I. The Theory

David Ingram is an Associate Lecturer in Philosophy at the University of York and a Senior Member of the Centre for Philosophy of Time. He has published articles on metaphysics (particularly the metaphysics of time) in Analysis, Philosophical Studies, and The Philosophical Quarterly.

Thisness Presentism: An Essay on Time, Truth, and Ontology