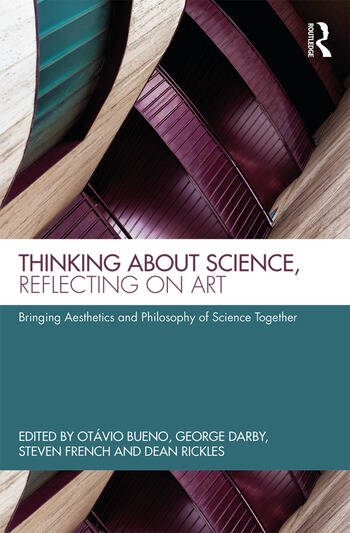 Thinking about Science, Reflecting on Art: Bringing Aesthetics and Philosophy of Science Together

Thinking about Science, Reflecting on Art: Bringing Aesthetics and Philosophy of Science Together is the first book to systematically examine the relationship between the philosophy of science and aesthetics. With contributions from leading figures from both fields, this edited collection engages with such questions as:

Aiming to develop the interconnections between the philosophy of science and the philosophy of art more broadly and more deeply than ever before, this volume not only explores scientific representation by comparison with fiction but extends the scope of interaction to include metaphysical and other questions around methodology in mainstream philosophy of science, including the aims of science, the characterisation of scientific understanding, and the nature of observation, as well as drawing detailed comparisons between specific examples in both art and the sciences.

1 Methodological lessons for the integration of philosophy of science and aesthetics: The case of representation (Julia Sánchez-Dorado)

3 Of barrels and pipes: Representation-as in art and science (Roman Frigg and James Nguyen)

Otávio Bueno is Professor of Philosophy and Chair of the Philosophy Department at the University of Miami, USA.

is Postdoctoral Research Fellow at the University of Oxford, UK.

is Professor of Philosophy of Science at the University of Leeds, UK.

is Professor of History and Philosophy of Modern Physics at the University of Sydney, Australia.

Thinking about Science, Reflecting on Art: Bringing Aesthetics and Philosophy of Science Together