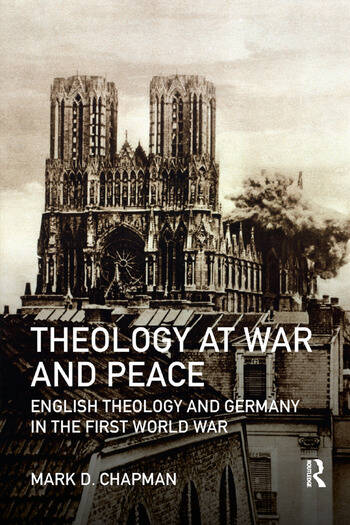 Theology at War and Peace: English theology and Germany in the First World War

This book is the first detailed discussion of the impact of the First World War on English theology. Assessing the close relationships between English and German theologians before the First World War, Chapman then explores developments throughout the war. A series of case studies make use of a large amount of unpublished material, showing how some theologians sought to maintain relationships with their German colleagues, while others, especially from a more Anglo-Catholic perspective, used the war as an opportunity to distance themselves from the liberal theology which was beginning to dominate the universities before the war. The increasing animosity between Britain and Germany meant that relations were never healed. English theology became increasingly insular, dividing between a more home-grown variety of liberalism and an ascendant Anglo-Catholicism. Consequently, this book offers useful insights into the development of theology in the twentieth century and will be of keen interest to scholars and students of the history of theology.

Chapter One: Theological Responses in England to the South African War, 1899-1902

Chapter Two: Theology, Nationalism and the First World War: Christian Ethics and the Constraints of Politics

Chapter Three: Missionaries, Modernism, and German Theology: Anglican Reactions to the Outbreak of War in 1914

Chapter Four: The Church of England, Serbia and the Serbian Orthodox Church in the First World War

Chapter Six: The Sanday, Sherrington and Troeltsch Affair: Theological relations between England and Germany after the First World War

is Professor of the History of Modern Theology at the University of Oxford and Vice-Principal of Ripon College, Cuddesdon. He has written widely on the history of theology and the church. His most recent publications include Anglican Theology (2012), The Fantasy of Reunion: Anglicanism, Catholicism, and Ecumenism, 1833–1882 (2014), and Theology and Society in Three Cities: Berlin, Oxford and Chicago, 1800–1914 (2014).

Theology at War and Peace: English theology and Germany in the First World War