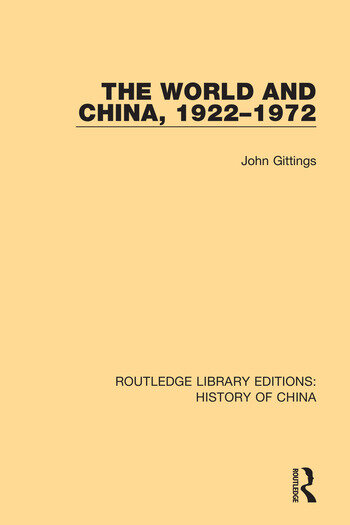 This book, first published in 1974, was the only one to treat China’s foreign policy in its entirety, both as the subject of historically documented narrative (before and since the Liberation of 1949) and as the product of ideas themselves requiring analysis. It is also unique in approaching these ideas by the route they took into the Chinese consciousness: for Mao the young Chinese republic was a ‘semi-colony’ over which the imperialists were falling out. His revolution would float like a boat on top of their ‘contradictions’.

is a British journalist and author who is mainly known for his work on modern China and the Cold War. From 1983 to 2003, he worked at The Guardian (UK) as assistant foreign editor and chief foreign leader-writer. He has been a fellow of the Transnational Institute.