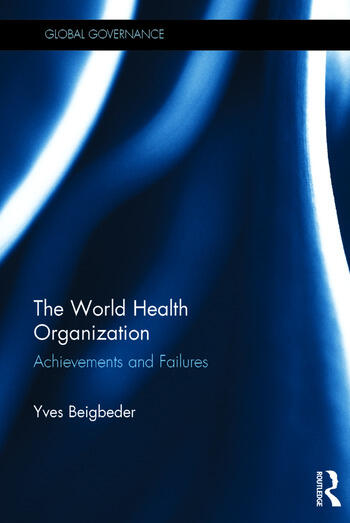 The World Health Organization (WHO) is undergoing a crisis of credibility and challenge. Having been subjected to a severe financial crisis and criticisms of its management of pandemics such as the H1N1 flu case and the outbreak of Ebola, with a new Director-General at its helm, it is an ideal time to review the WHO’s past and current achievements including on-going operations and reported failures. Whilst time is given to recurrent attacks on WHO performance, it is balanced by also highlighting the WHO’s leadership, its member states, and its influence on other actors, NGOs and business. As such, this study reviews the WHO’s actions in the most visible programmes such as SARS, H1N1, Ebola and also smallpox, malaria, onchocerciasis, polio and AIDS. The author also discusses the desirable balance between operational and normative functions and proposals for reform of the Organization.

Chapter 3 The Severe Acute Respiratory Syndrome and The Avian Influenza

Chapter 5 The Fight Against Ebola

Chapter 8 The Eradication of Smallpox

Chapter 10 The Eradication of Polio

Chapter 11 The Global Fight Against Aids