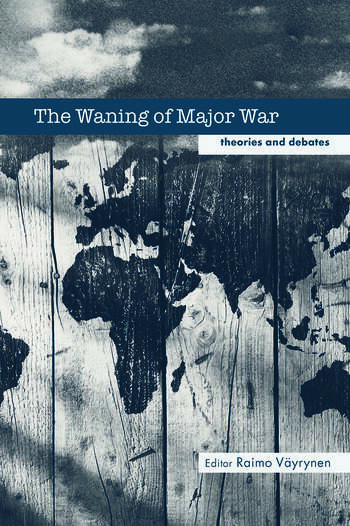 The Waning of Major War: Theories and Debates

This book is a systematic effort by leading international scholars to map the trends in major-power warfare and explore whether it is waxing or waning. The main point of departure is that major-power war as a historical institution is in decline. This does not mean, though, that wars between states are in general disappearing. While there is some convergence in the conclusions by individual authors, they are by no means unanimous about the trend. The articles explore different causes and correlates of the declining trend in major-power warfare, including the impact of the international structure, nuclear weapons, international law, multilateral institutions, sovereignty and value changes.

Raimo Varynen is Professor of Political Science at the University of Notre Dame, Indiana, USA, and Director of the Helsinki Collegium for Advanced Studies, University of Helsinki, Finland.

"Historians and political scientists from North America and Europe met at Notre Dame University (US) in May 2001 and presented papers predicting that wars between major powers would become less and less likely; they have revised them for publication, but note that the perceived rise of terrorism since then does not impinge on their argument. Their 11 essays cover debating the past and future of major war, systemic causes of major wars and their decline, the international system and institutions, and long-term perspectives." --Reference & Research Book News

The Waning of Major War: Theories and Debates