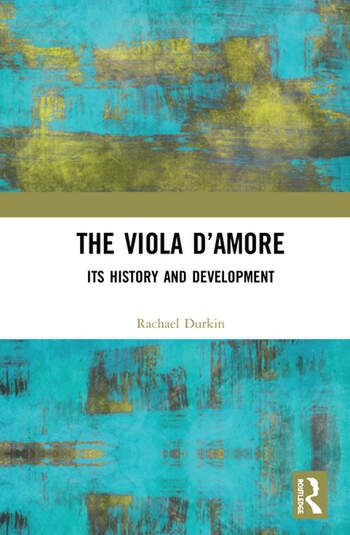 The Viola d’Amore: Its History and Development

This book provides the first scholarly history of the viola d’amore, a popular bowed string instrument of the Baroque era, with a unique tone produced by a set of metal sympathetic strings. Composers like Bach made use of the viola d’amore for its particular sound, but the instrument subsequently fell out of fashion amid orchestral standardisation, only to see a revival as interest in early music and historical performance grew.

Drawing on literary accounts, iconography, and surviving instruments, this study examines the origins and development of this eye-catching string instrument in the seventeenth and eighteenth centuries. It  explores the rich variation of designs displayed in extant viola d’amore specimens, both as originally constructed and as a result of conversion and repair. The viola d’amore is then set into the wider context of Elizabethan England’s development of instruments with wire strings, and its legacy in the form of the baryton which emerged in the early seventeenth century, followed by a look at the viola d’amore’s own nomenclatorial and organological influence. The book closes with a discussion of the viola d’amore’s revival, and its use and manufacture today. Offering insights for organological research and historical performance practice, this study enhances our knowledge of both the viola d’amore and its wider family of instruments.

1. An obsolete instrument of the viol tribe: The viola d’amore

2. For its swetenesse & novelty: The wire-strung viola d’amore

3. Especially charming in the stillness of the evening: The sympathetically-strung viola d’amore

Rachael Durkin is Lecturer in Music at Edinburgh Napier University. She holds a PhD in music from the University of Edinburgh.

The Viola d’Amore: Its History and Development