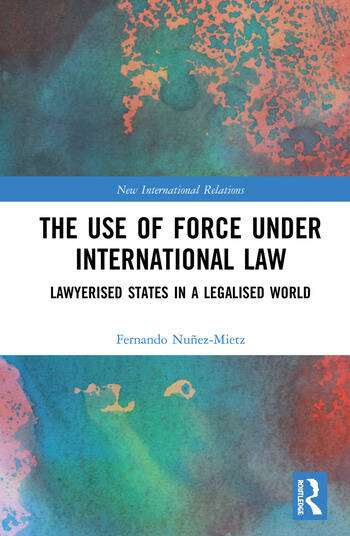 The Use of Force under International Law: Lawyerized States in a Legalized World

By highlighting the legalization of international legitimation and the lawyerization of policymaking as the new engines of compliance, the book’s analytical framework rethinks the relationship between state behavior and international law, and provides an empirical focus on security through the study of NATO’s military intervention in Yugoslavia in 1999 and the changes in the US detention and interrogation programs in the "War on Terror." Relying on primary sources, the author demonstrates the effect of lawyerized decision making on international law compliance, reconstructing the strategies of (de-)legitimation used to show that international law is the hegemonic frame of reference in interstate debates.

This book will be of interest to scholars of international relations, government studies, foreign service studies and lawyers employed in government work.

1. The Legalization of International Legitimacy and the Lawyerization of the State

2. A Practice Theory of State Compliance with International Law

3. Legalization and the Legitimation of the Kosovo Intervention

4. Lawyerization and the Treatment of Detainees in the "War on Terror"

Conclusion: State Practices and the Engines of Compliance with International Law

Fernando G. Nuñez-Mietz is a professor in the Department of Political Science at McGill University. He specializes in International Relations, and his research interests are international law and norms, and international security.

The Use of Force under International Law: Lawyerized States in a Legalized World