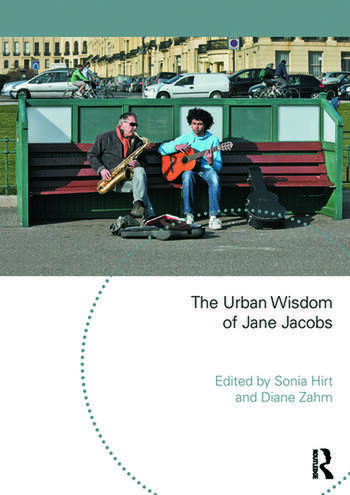 The Urban Wisdom of Jane Jacobs

Here for the first time is a thoroughly interdisciplinary and international examination of Jane Jacobs’s legacy. Divided into four parts: I. Jacobs, Urban Philosopher; II. Jacobs, Urban Economist; II. Jacobs, Urban Sociologist; and IV. Jacobs, Urban Designer, the book evaluates the impact of Jacobs’s writings and activism on the city, the professions dedicated to city-building and, more generally, on human thought. Together, the editors and contributors highlight the notion that Jacobs’s influence goes beyond planning to philosophy, economics, sociology and design. They set out to answer such questions as: What explains Jacobs’s lasting appeal and is it justified? Where was she right and where was she wrong? What were the most important themes she addressed? And, although Jacobs was best known for her work on cities, is it correct to say that she was a much broader thinker, a philosopher, and that the key to her lasting legacy is precisely her exceptional breadth of thought?

Sonia Hirt is Associate Dean of the College of Architecture and Urban Studies at Virginia Tech, USA.

Diane Zahm is Co-chair of the Department of Urban Affairs and Planning at the College of Architecture and Urban Studies at Virginia Tech, USA.

The Urban Wisdom of Jane Jacobs