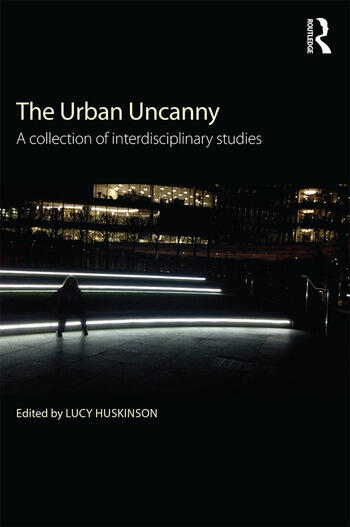 The Urban Uncanny: A collection of interdisciplinary studies

The Urban Uncanny explores through ten engaging essays the slippage or mismatch between our expectations of the city—as the organised and familiar environments in which citizens live, work, and go about their lives—and the often surprising and unsettling experiences it evokes. The city is uncanny when it reveals itself in new and unexpected light; when its streets, buildings, and people suddenly appear strange, out of place, and not quite right.

Bringing together a variety of approaches, including psychoanalysis, historical and contemporary case study of cities, urban geography, film and literary critique, the essays explore some of the unsettling mismatches between city and citizen in order to make sense of each, and to gauge the wellbeing of city life more generally. Essays examine a number of cities, including Edmonton, London, Paris, Oxford, Las Vegas, Berlin and New York, and address a range of issues, including those of memory, death, anxiety, alienation, and identity. Delving into the complex repercussions of contemporary mass urban development, The Urban Uncanny opens up the pathological side of cities, both real and imaginary.

This interdisciplinary collection provides unparalleled insights into the urban uncanny that will be of interest to academics and students of urban studies, urban geography, psychoanalysis, cultural studies, social studies and film studies, and to anyone interested in the darker side of city life.

Lucy Huskinson is Senior Lecturer in the School of Philosophy and Religion at Bangor University, UK. She is co-Editor-In-Chief of the International Journal of Jungian Studies, and author and editor of various books and articles in analytical psychology and philosophy. Her research interests are principally in the dialogue between psychoanalysis, architecture and the built environment. Her previous books include Eavesdropping (Routledge; with Terrie Waddell) and Analytical Psychology in a Changing World (Routledge; with Murray Stein).

‘This brilliant and timely collection explores the psychology of urban spaces: the dark corners, the sharp angles, the walkways and stairs, and the hidden streets. The city is discussed as if it were a human being: having a soul and an ego, harbouring secrets, and dealing with its shadows.

Travelling through the psychological landscapes of cities and towns around the world, the essays in the collection deal with the issues that have haunted metropolitan spaces since the beginning of the Industrial Revolution: crime and violence, social fragmentation, unfriendly architecture, poverty and pollution. Ultimately, the book raises the question of the place of the individual in the complex and confusing environment that is the modern city.’ – Dr. Helena Bassil-Morozow, Lecturer in Media and Communication, Glasgow Caledonian University and the author of The Trickster and the System

The Urban Uncanny: A collection of interdisciplinary studies