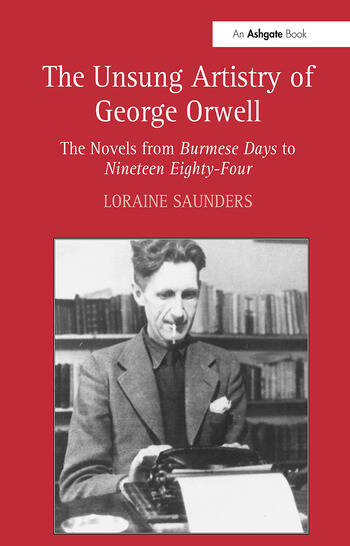 The Unsung Artistry of George Orwell: The Novels from Burmese Days to Nineteen Eighty-Four

In a timely and radically new reappraisal of George Orwell's fiction, Loraine Saunders reads Orwell's novels as tales of successful emancipation rather than as chronicles of failure. Contending that Orwell's novels have been undervalued as works of art, she offers extensive textual analysis to reveal an author who is in far more control of his prose than has been appreciated. Persuasively demonstrating that Orwell's novels of the 1930s such as A Clergyman's Daughter and Keep the Aspidistra Flying are no less important as literature than Animal Farm and Nineteen Eighty-Four, Saunders argues they have been victims of a critical tradition whose practitioners have misunderstood Orwell's narrative style, failed to appreciate Orwell's political stance, and were predisposed to find little merit in Orwell's novels. Saunders devotes significant attention to George Gissing's influence on Orwell, particularly with regard to his representations of women. She also examines Orwell's socialism in the context of the political climate of the 1930s, finding that Orwell, in his successful negotiation of the fine balance between art and propaganda, had much more in common with Charlie Chaplin than with writers like Stephen Spender or W. H. Auden. As a result of Saunders's detailed and accessible analysis, which illuminates how Orwell harmonized allegory with documentary, polyphonic voice with monophonic, and elegy with comedy, Orwell's contributions to the genre of political fiction are finally recognized.

Loraine Saunders is a lecturer at Liverpool Hope University.

'Disclosing the integral aesthetic components of the distinctive style that Orwell developed in his early realistic novels of the 1930s, Loraine Saunders hits just the right note in her literary analysis of Burmese Days, A Clergyman's Daughter, Keep the Aspidistra Flying and Coming Up for Air. In reminding us of the power, vitality, and optimism of these neglected writings in Orwell's oeuvre, Saunders provides an invaluable service: her study serves as a much-needed corrective to the established critical tendency to undervalue Orwell's novelistic artistry and instead helps us to appreciate his full achievement and artistic legacy'. John Rodden, author of The Politics of Literary Reputation: The Making and Claiming of St. George� Orwell, Scenes from an Afterlife: The Legacy of George Orwell, and Every Intellectual’s Big Brother: George Orwell’s Literary Siblings, among other books

The Unsung Artistry of George Orwell: The Novels from Burmese Days to Nineteen Eighty-Four