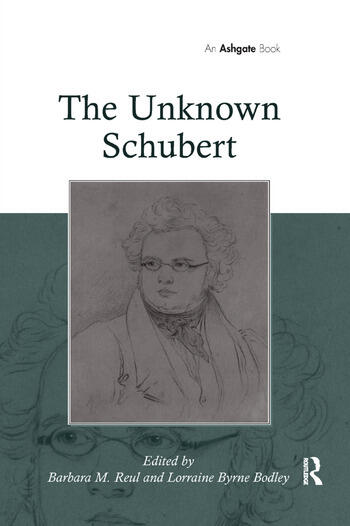 Franz Schubert (1797-1828) is now rightly recognized as one of the greatest and most original composers of the nineteenth century. His keen understanding of poetry and his uncanny ability to translate his profound understanding of human nature into remarkably balanced compositions marks him out from other contemporaries in the field of song. Schubert was one of the first major composers to devote so much time to song and his awareness that this genre was not rated highly in the musical hierarchy did not deter him, throughout a short but resolute and hard-working career, from producing songs that invariably arrest attention and frequently strike a deeply poetic note. Schubert did not emerge as a composer until after his death, but during his short lifetime his genius flowered prolifically and diversely. His reputation was first established among the aristocracy who took the art music of Vienna into their homes, which became places of refuge from the musical mediocrity of popular performance. More than any other composer, Schubert steadily graced Viennese musical life with his songs, piano music and chamber compositions. Throughout his career he experimented constantly with technique and in his final years began experiments with form. The resultant fascinating works were never performed in his lifetime, and only in recent years have the nature of his experiments found scholarly favor. In The Unknown Schubert contributors explore Schubert's radical modernity from a number of perspectives by examining both popular and neglected works. Chapters by renowned scholars describe the historical context of his work, its relation to the dominant artistic discourses of the early nineteenth century, and Schubert's role in the paradigmatic shift to a new perception of song. This valuable book seeks to bring Franz Schubert to life, exploring his early years as a composer of opera, his later years of ill-health when he composed in the shadow of death, and his efforts to reflect in his music his own profound inner experience.

Dr Barbara M. Reul is Associate Professor of Musicology at Luther College, University of Regina, Canada. Dr Lorraine Byrne Bodley is a Lecturer at the Department of Music, National University of Ireland Maynooth.

’Rather than judging this book by the amount of ’"new’"information it presents on Schubert and his music, its contribution to Schubert scholarship, for this reviewer, lies in the authors’ collective ability to animate different aspects of a familiar, although ultimately "unknown" figure, and bring them to bear on the music in new and rewarding ways. Indeed, in Berio’s Rendering, as in the pages of The Unknown Schubert, we encounter once again an "Unfinished" Schubert, whose music asks not for completion, but for a more complete engagement.’ Journal of the Society of Musicology ’...libraries and Schubert scholars will want to own the book.’ Notes 'Judged as a whole, The Unknown Shubert presents a good cross-section of modern Schubert scholarship and its concerns. The collection's emphasis on lesser-known works of the composer is refreshing and allows the reader to become acquainted with some interesting pieces.' Ninetenth-Century Music Review