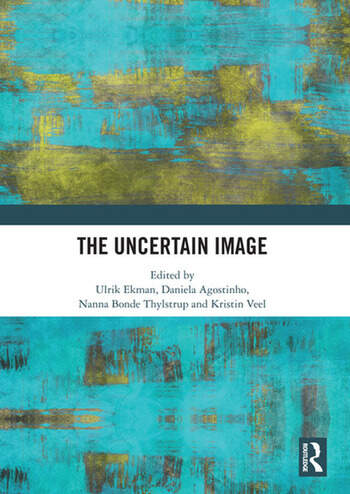 Citizens of networked societies are almost incessantly accompanied by ecologies of images. These ecologies of still and moving images present a paradox of uncertainties emerging along with certainties. Images appear more certain as the technical capacities that render them visible increase. At the same time, images are touched by more uncertainty as their numbers, manipulabilities, and contingencies multiply.

With the emergence of big data, the image is becoming a dominant vehicle for the construction and presentation of the truth of data. Images present themselves as so many promises of the certainty, predictability, and intelligibility offered by data. The focus of this book is twofold. It analyses the kinds of images appearing today, showing how they are marked by a return to modern photographic emphases on high resolution, clarity, and realistic representation. Secondly, it discusses the ways in which the uncertainty of images is increasingly underscored within such reiterated emphases on allegedly certain visual truths. This often involves renewed encounters with noise, grain, glitch, blur, vagueness, and indistinctness. This book provides the reader with an intriguing transdisciplinary investigation of the uncertainly certain relation between the cultural imagination and the techno-aesthetic regime of big data and ubiquitous computing.

This book was originally published as a special issue of Digital Creativity.

1. The uncertainty of the mass image: logistics and behaviours Sean Cubitt

7. After the Anthropocene: the photographic for earthly survival? Sarah Kember

is Associate Professor in the Department of Arts and Cultural Studies at the University of Copenhagen, Denmark. His main research interests are in the fields of cybernetics and ICT, the network society, new media art, critical design and aesthetics, as well as recent cultural theory.

is Postdoctoral Fellow in the Department of Arts and Cultural Studies at the University of Copenhagen, Denmark. Her research interests are in visual culture theory, feminist theory, film and moving images studies, and digital culture. Her current research focuses on the ethics of digitization of colonial archives, the visual culture of remote warfare, in particular drone warfare, and cultural theories of big data, in particular feminist critiques of datafication.

is Assistant Professor in the Department of Art History, Aesthetics & Culture and Museology at Aarhus University, Denmark. Her research is informed by cultural and media theory and focuses in particular on questions of infrastructure, uncertainty, and data waste.

Kristin Veel is Associate Professor in the Department of Arts and Cultural Studies at the University of Copenhagen, Denmark. Her research focuses on the impact of information and communication technology on the contemporary cultural imagination, with a particular interest in issues of information overload and surveillance, and the way in which these are negotiated in film, art and literature.