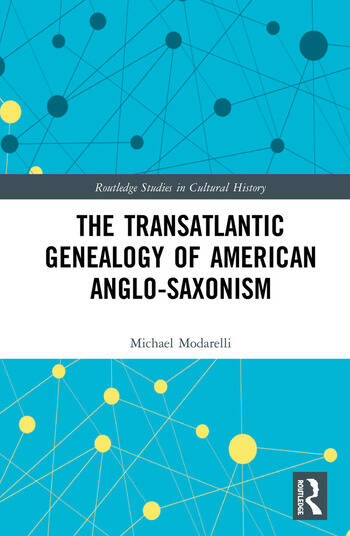 The Transatlantic Genealogy of American Anglo-Saxonism

This book traces the myth of Anglo-Saxonism as it crosses from Britain to the New World as both a cultural construct and ideological nation-building tool. Through extensive investigations of both early American and English cultural attitudes toward Anglo-Saxonism and similar texts, the book advances the claim that the ways in which Anglo-Saxon authors envisioned history as unfolding becomes an important ideological model for later New World conceptions of historical and national identity. From this beginning, the book follows the influence of this adopted American Anglo-Saxonism in early American literature and the socio-cultural implications that follow upon this influence.

Introduction: Critical Conceptions of Anglo-Saxonism: Nationhood, Culture, and the History of an Idea

1. The Usable Past: Anglo-Saxonism, British Antiquities, and New World Shores

2. The Emergence of "American" Anglo-Saxonism: The Curious Case of Captain John Smith and The Virginia Company of London

3. Christiano-graphy in New England: The Anglo-Saxonism of Bradford, Winthrop, and Mather

4. New Territories and Westward Movement: American Anglo-Saxonism in the Thought of Penn and Jefferson

Epilogue: Some Versions of American Anglo-Saxonism in the Nineteenth Century

Michael Modarelli is Associate Professor in the Division of Literature, Language, and Communication and Director of the First Year Institute at Walsh University in North Canton, OH.

The Transatlantic Genealogy of American Anglo-Saxonism