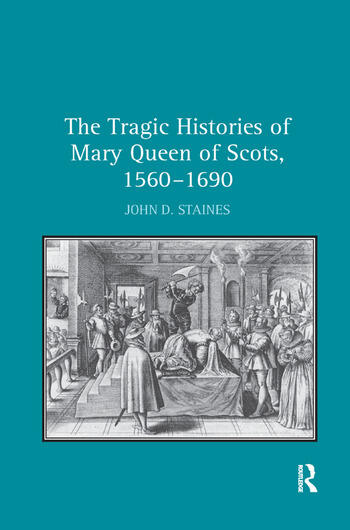 The Tragic Histories of Mary Queen of Scots, 1560-1690: Rhetoric, Passions and Political Literature

Author John Staines here argues that sixteenth- and seventeenth-century writers in England, Scotland, and France wrote tragedies of the Queen of Scots - royal heroine or tyrant, martyr or whore - in order to move their audiences towards political action by shaping and directing the passions generated by the spectacle of her fall. In following the retellings of her history from her lifetime through the revolutions and political experiments of the seventeenth century, this study identifies two basic literary traditions of her tragedy: one conservative, sentimental, and royalist, the other radical, skeptical, and republican. Staines provides new readings of Spenser and Milton, as well as of early modern dramatists, to compile a comprehensive study of the writings about this important historical and literary figure. He charts developments in public rhetoric and political writing from the Elizabethan period through the Restoration, using the emotional representations of the life of this tragic woman and queen to explore early modern experiments in addressing and moving a public audience. By exploring the writing and rewriting of the tragic histories of the Queen of Scots, this book reveals the importance of literature as a force in the redefinition of British political life between 1560 and 1690.

Contents: Introduction: Mary's tragedy and public rhetoric in an age of reform and revolution; Character, passion and political rhetoric in Buchanan's Tragic History of the Queen of Scots; Mary's passions made public: other early versions of her tragic fall; The tragedy at Fotheringhay; Guile and public representation: Mary's tragedy in Book V of The Faerie Queene; 'Out of this lamentable fortune': Mary's tragedy and the royal succession; Charles's grandmother and the rhetoric of revolution; Conclusion; Bibliography; Index.

'An excellent, timely and ground-breaking book, based on serious research and profound thought, The Tragic Histories of Mary, Queen of Scots, 1560-1690 is a lucidly written work, demonstrating all the signs of years of painstaking study by an exceptional scholar. John Staines ranges across an impressive array of historical and literary sources to make his argument: government propaganda, polemic, drama in French and English, political treatises, and epic poetry. In doing so he not only shows how contemporaries read her tragic fate, invariably manipulated by interested parties, but how the representations of her life and death are central to an understanding of British culture in the late sixteenth century and throughout the seventeenth. Mary also emerges as one of the key figures in early modern European political thought. This is a book which few readers interested in the period can afford to ignore.' Andrew Hadfield, University of Sussex, UK ’This is an engaging and deeply researched history. Staines pays attention to Latin and French versions of the story; he is also persuasive in his claims that plays on other subjects, such as Thomas Hughes' s Misfortunes of Arthur, were coloured by the events of Mary's fall. Above all, this book presents a productively expansive understanding of "tragic history". It is a mode not restricted to drama and not straightforwardly governed by the dictates of truth. In the words of Staines' s characteristically lucid conclusion, "tragic history" comes into being whenever an author "infuses the moral message of a tragic fall with a political argument."’ Times Literary Supplement 'John Staines's lucidly written and usefully illustrated book puts forward a sophisticated and well-sustained argument that debates in print about the history of Scotland in general and Mary, Queen of Scots in particular played a crucially formative role in understanding of the revolutionary changes of the late sixteenth and early to mid-seventeenth c

The Tragic Histories of Mary Queen of Scots, 1560-1690: Rhetoric, Passions and Political Literature