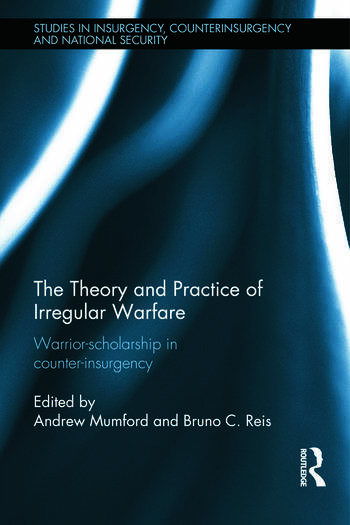 The Theory and Practice of Irregular Warfare: Warrior-scholarship in counter-insurgency

This book offers an analysis of key individuals who have contributed to both the theory and the practice of counterinsurgency (COIN).

Insurgencies have become the dominant form of armed conflict around the world today. The perceptible degeneration of the occupations of Iraq and Afghanistan into insurgent quagmires has sparked a renewal of academic and military interest in the theory and practice of counterinsurgency. In light of this, this book provides a rigorous analysis of those individuals who have contributed to both the theory and practice of counterinsurgency: ‘warrior-scholars’. These are soldiers who have bridged the academic-military divide by influencing doctrinal and intellectual debates about irregular warfare.

Irregular warfare is notoriously difficult for the military, and scholarly understanding about this type of warfare is also problematic; especially given the residual anti-intellectualism within Western militaries. Thus, The Theory and Practice of Irregular Warfare is dedicated to analysing the best perceivable bridge between these two worlds. The authors explore the theoretical and practical contributions made by a selection of warrior-scholars of different nationalities, from periods ranging from the French colonial wars of the mid-twentieth century to the Israeli experiences in the Middle East; from contributions to American counter-insurgency made during the Iraq War, to the thinkers who shaped the US war in Vietnam.

This book will be of much interest to students of counterinsurgency, strategic studies, defence studies, war studies and security studies in general.

Andrew Mumford is Lecturer in Politics and International Relations at the University of Nottingham, UK, and author of The Counter-Insurgency Myth: British Irregular Warfare Since World War II (Routledge 2011).

Bruno C. Reis is a post-doctoral researcher at ICS, Lisbon and at King’s College, London, and has an PhD in War Studies (2008).

The Theory and Practice of Irregular Warfare: Warrior-scholarship in counter-insurgency