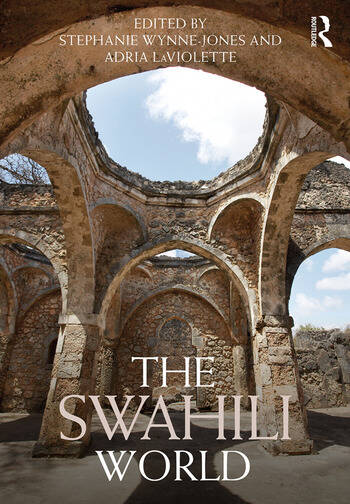 The Swahili World presents the fascinating story of a major world civilization, exploring the archaeology, history, linguistics, and anthropology of the Indian Ocean coast of Africa. It covers a 1,500-year sweep of history, from the first settlement of the coast to the complex urban tradition found there today. Swahili towns contain monumental palaces, tombs, and mosques, set among more humble houses; they were home to fishers, farmers, traders, and specialists of many kinds. The towns have been Muslim since perhaps the eighth century CE, participating in international networks connecting people around the Indian Ocean rim and beyond. Successive colonial regimes have helped shape modern Swahili society, which has incorporated such influences into the region’s long-standing cosmopolitan tradition.

This is the first volume to explore the Swahili in chronological perspective. Each chapter offers a unique wealth of detail on an aspect of the region’s past, written by the leading scholars on the subject. The result is a book that allows both specialist and non-specialist readers to explore the diversity of the Swahili tradition, how Swahili society has changed over time, as well as how our understandings of the region have shifted since Swahili studies first began.

Scholars of the African continent will find the most nuanced and detailed consideration of Swahili culture, language and history ever produced. For readers unfamiliar with the region or the people involved, the chapters here provide an ideal introduction to a new and wonderful geography, at the interface of Africa and the Indian Ocean world, and among a people whose culture remains one of Africa’s most distinctive achievements.

The eastern African coast: researching its history and archaeology

The Swahili language and its early history

Mikindani and the southern coast

The Comoros and their early history

The social composition of Swahili society

Animals in the Swahili world

Plant use and the creation of anthropogenic landscapes: coastal forestry and farming

The progressive integration of eastern Africa into an Afro-Eurasian world-system, first-fifteenth centuries CE

Eastern Africa and the dhow trade

Currencies of the Swahili world

Islamic architecture of the Swahili coast

Colonial domination and the rise of Zanzibar

The legacy of slavery on the Swahili coast

The modern life of Swahili stonetowns

Identity and belonging on the contemporary Swahili coast: the case of Lamu

The Swahili house: a historical ethnography of modernity

The future of Swahili monuments

Adria LaViolette is Associate Professor of Anthropology and Archaeology at the University of Virginia. Her interest in the Swahili coast began in 1987 while teaching at the University of Dar es Salaam, Tanzania. Since then she has conducted archaeological research on the Tanzanian mainland coast and on Pemba and Zanzibar islands. She has been Editor-in-Chief of African Archaeological Review since 2009.

is currently Pro Futura Scientia Fellow at the Swedish Collegium for Advanced Study, affiliated with Uppsala University. She has been Lecturer in Archaeology at the University of York since 2011 and is a core group member of the Centre for Network Evolutions at Aarhus University (DNRF119). She has conducted archaeological research on the Swahili coast since 2000, in Kenya, Tanzania, and on the Zanzibar archipelago.