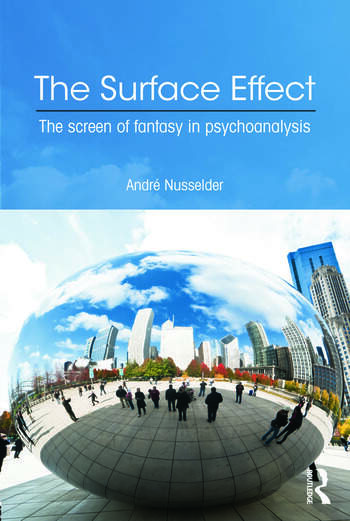 The Surface Effect: The Screen of Fantasy in Psychoanalysis

Even before we think, we use fantasy. Is fantasy the ‘mother of all media’? Does fantasy save me from myself? Are there fictions that are real?

In The Surface Effect André Nusselder examines the space of fantasy between individual ‘inner life’ and social ‘outer life’. Where we assume that fantasy only operates where we float off in imaginary realms, this book shows that we are in it from the beginning.

Based on the work of Jacques Lacan, Nusselder elaborates Lacan’s theory, showing how the effects of unconscious processes converge in fantasy as our principal medium for self-identity, perception, remembering and intersubjectivity. The human mind is seen as a composite function of language, body and social world, and fantasy is the fundamental process to study this effect.

The book is divided into three sections:

- The Philosophical Context
- Lacan’s Theory of Fantasy
- Lacan and Philosophy

The Surface Effect analyses fantasy as a medium, both creative and protective operating between anxiety and excess. It focuses on the role of fantasy in psychoanalysis, and follows its path towards reflections on mediation and new media. This book will appeal to psychoanalysts, philosophers, cognitive scientists and those studying new media, film, culture and literature.

André Nusselder is a Dutch philosopher, writer and computer programmer.

The Surface Effect: The Screen of Fantasy in Psychoanalysis