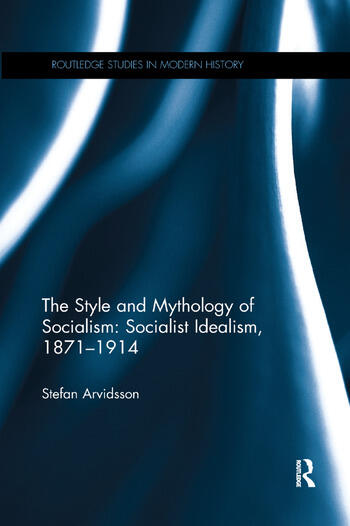 The Style and Mythology of Socialism: Socialist Idealism, 1871-1914

Arguably no modern ideology has diffused as fast as Socialism. From the mid-nineteenth century to the last quarter of the twentieth socialist ideals played a crucial part not only in the political sphere, but also influenced the way people worked and played, thought and felt, designed and decorated, hoped and yearned. By proposing general observations on the relationship between socialism, imagination, myth and utopia, as well as bringing the late nineteenth century socialist culture – a culture imbued with Biblical narratives, Christian symbols, classic mythology, rituals from freemasonry, Viking romanticism, and utopian speculations – together under the novel term ‘socialist idealism’, The Style and Mythology of Socialism: Socialist Idealism, 1871–1914 draws attention to the symbolic, artistic and rhetorical ways that socialism originally set the hearts of people on fire.

– Socialism from the perspective of history of religions

– The mythic politics of socialism

3. The Cultural Style of Socialism

4. The Community of the Carpenter’s Son: The Knights of Labor I

5. Body and Symbol: The Knights of Labor II

– The secrets of the great seal

– The parlor of life

– Walter Crane, the artist of socialism

– The work of present and future times

8. Ideology and Care of the Soul

– Humanism and the religion of humanity

– The religion of socialism

9. Socialist Idealism: its Character and Fall

– From fraternal order to trade union

– From fraternal order to think-tank

– From utopia to dystopia and post-politics

– From idealism to modernism

– From idealism to the mythology of fascism

– From christian to areligious socialism

Stefan Arvidsson is Professor in the History of Religions at Linnæus University, Sweden.

The Style and Mythology of Socialism: Socialist Idealism, 1871-1914