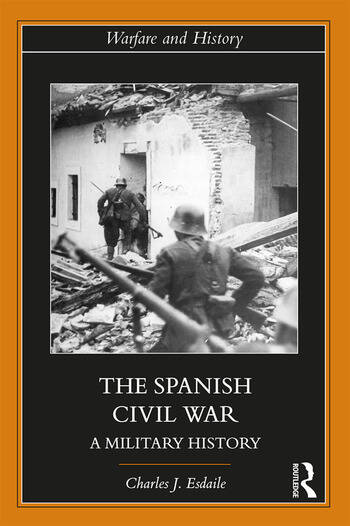 takes a new, military approach to the conflict that tore Spain apart from 1936 to 1939.

In many histories, the war has been treated as a primarily political event with the military narrative subsumed into a much broader picture of the Spain of 1936–9 in which the chief themes are revolution and counter-revolution. While remaining conscious of the politics of the struggle, this book looks at the war as above all a military event, and as one in whose outbreak specifically military issues – particularly the split in the armed forces produced by the long struggle in Morocco (1909–27) – were fundamental. Across nine chapters that consider the war from beginning to endgame, Charles J. Esdaile revisits traditional themes from a new perspective, deconstructs many epics and puts received ideas to the test, as well as introducing readers to foreign-language historiography that has previously been largely inaccessible to an anglophone audience.

In taking this new approach, The Spanish Civil War: A Military History is essential reading for all students of twentieth-century Spain.

Charles J. Esdaile has been a member of staff in the Department of History at the University of Liverpool since 1989 and was awarded a personal chair in 2004. He is the author of numerous works on Spanish history including Spain, 1808–1939: From Constitution to Civil War (Blackwell, 2000).