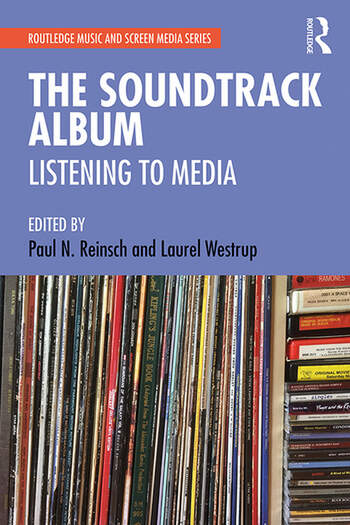 The Soundtrack Album: Listening to Media

The Soundtrack Album: Listening to Media offers the first sustained exploration of the soundtrack album as a distinctive form of media.

Soundtrack albums have been part of our media and musical landscape for decades, enduring across formats from vinyl and 8-tracks to streaming playlists. This book makes the case that soundtrack albums are more than promotional tools for films, television shows, or video games— they are complex media texts that reward a detailed analysis. The collection’s contributors explore a diverse range of soundtrack albums, from Super Fly to Stranger Things, revealing how these albums change our understanding of the music and film industries and the audio-visual relationships that drive them.

An excellent resource for students of Music, Media Studies, and Film/Screen Media courses, The Soundtrack Album offers interdisciplinary perspectives and opens new areas for exploration in music and media studies.

1. The Soundtrack in Transition: The Many Objects of Paul Simon’s One-Trick Pony

2. It’s a Kind of Soundtrack: Queen, Highlander, and the "Unofficial Soundtrack Album"

3. Super Fly and the Sound of Seventies Blaxploitation Cinema

7. King of the Whole Wide World: Elvis, RCA Camden, and the Non-Filmic "Budget"

8. Sing Along with Hitch: Musically Marketing the Master of Suspense

9. Fixing the Brand: The Sonic Branding of Adult Swim

11. Tracking Hypernostalgia: Soundtrack Albums and the Return of the Cassette in American

13. A Brief Hearing for the Unified Soundtrack Album

Paul N. Reinsch is Associate Professor of Practice–Cinema in the School of Theatre & Dance at Texas Tech University.

is a Continuing Lecturer with Writing Programs and the Honors Program at the University of California, Los Angeles.

The Soundtrack Album: Listening to Media