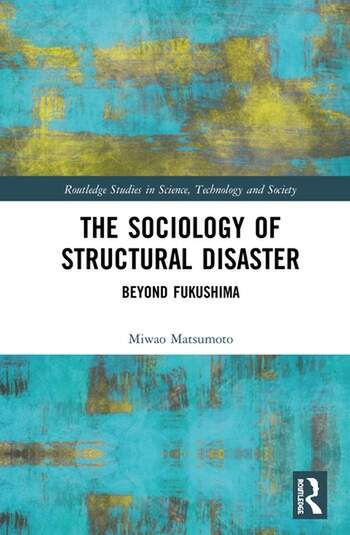 The Sociology of Structural Disaster: Beyond Fukushima

How and why did credible scientists, engineers, government officials, journalists, and others collectively give rise to a drastic failure to control the threat to the population of the Fukushima disaster? Why was there no effort on the part of inter-organizational networks, well-coordinated in the nuclear village, to prevent the risks from turning into a disaster?

This book answers these questions by formulating the concept of "structural disaster" afresh. First, the book presents the path-dependent development of structural disaster through a sociological reformulation of path-dependent mechanisms not only in the context of nuclear energy but also in the context of renewable energy. Secondly, it traces the origins of structural disaster to a secret accident involving standardized military technology immediately before World War II, and opportunistic utilization of the Great Kanto Earthquake of 1923, thus reconstructing the development of structural disaster within a long-term historical perspective. Maintaining distance from conflicts of interest and cultural essentialisms, this book highlights configurations and mechanisms of structural disasters that are far more persistent, more universal, but less visible, and that have turned risk into suffering. The book seeks to cast light on an important new horizon of the science-technology-society interface in the sociology of science and technology, science and technology studies, the sociology of disaster, the social history of the military-industrial-university complex, and beyond.

Chapter 1 "Structural Disaster" Behind Extreme Events: Sociological Reflection on Fukushima and Beyond

Chapter 2 The Theory of Structural Disaster: Sector Model and Sociological Path-Dependency in the Science-Technology-Society Interface

Chapter 3 Institutionalized Inaction by Compliance: From the Great Kanto Earthquake to the Nuclear Village

Chapter 7 To Understand or Not To Understand?: Infinite Responsibility for HLW Disposal, or Ongoing Structural Disaster

Chapter 8 Conclusion: Renovating the Principle of Symmetry Beyond a Pre-established Harmony Between Expertise, Policy, and Democracy

Miwao Matsumoto is a Professor Emeritus of Sociology at the University of Tokyo, Japan.

The Sociology of Structural Disaster: Beyond Fukushima