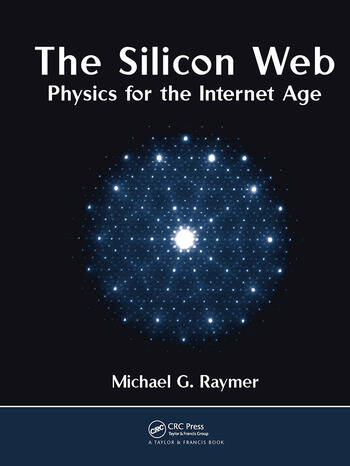 The Silicon Web: Physics for the Internet Age

The technology behind computers, fiber optics, and networks did not originate in the minds of engineers attempting to build an Internet. The Internet is a culmination of intellectual work by thousands of minds spanning hundreds of years. We have built concept upon concept and technology upon technology to arrive at where we are today, in a world constructed of silicon pathways and controlled by silicon processors.

From computers to optical communications, The Silicon Web: Physics for the Internet Age explores the core principles of physics that underlie those technologies that continue to revolutionize our everyday lives. Designed for the nonscientist, this text requires no higher math or prior experience with physics. It starts with an introduction to physics, silicon, and the Internet and then details the basic physics principles at the core of the information technology revolution. A third part examines the quantum era, with in-depth discussion of digital memory and computers. The final part moves onto the Internet era, covering lasers, optical fibers, light amplification, and fiber-optic and wireless communication technologies.

The relation between technology and daily life is so intertwined that it is impossible to fully understand modern human experience without having at least a basic understanding of the concepts and history behind modern technology, which continues to become more prevalent as well as more ubiquitous. Going beyond the technical, the book also looks at ways in which science has changed the course of history. It clarifies common misconceptions while offering insight on the social impacts of science with an emphasis on information technology.

As a pioneering researcher in quantum mechanics of light, author Michael Raymer has made his own significant contributions to contemporary communications technology

Introduction: Physics and Its Relation to Computer and Internet Technologies
Physics, Silicon, and the “Magic” behind the Internet Age
A Zoomed-In Look inside a Computer
Timeline of Great Discoveries and Inventions in Physics and Computer and Communication Technologies
The Methods and Significance of Science
The Relation of Science and Information Technology
Social Impacts: Science and Technology

Mathematics: The Language of Science and Technology
The Utility of Mathematics in Science and Technology
Graphs
Precision and Significant Digits
Large and Small Numbers and Scientific Notation
Real-World Example 2.1: Precision of Display Pixels
Units for Physical Quantities
Proportionality
Binary Numbers
The Concept of Information
Exponential Growth
Social Impacts: The Exponential Change of Nearly Everything

Photons: Light Detectors and Light Emitting Diodes
Light, Physics, and Technology
The Quantum Nature of Light—Photons
Power and Energy in Light
Absorption of Light by Atoms and Crystals (or “How Einstein Got His Nobel Prize”)
In-Depth Look 12.1: Inability of Constant Voltage to Accelerate Electrons in an Insulator
Real-World Example 12.1: Semiconductor Light Detectors
Emission of Light by Atoms and Crystals
Real-World Example 12.2: Light-Emitting Diodes
Social Impacts: Lighting the Darkness (Efficiently)

Michael G. Raymer received his PhD from the University of Colorado in 1979. After a tenure on the faculty at the Institute of Optics, University of Rochester, he moved to the University of Oregon in 1988, where he became founding Director of the Oregon Center for Optics. His research focuses on the quantum mechanics of light and its interaction with atoms, molecules, and semiconductors, with applications in nonlinear optics, communications technology, and quantum information. In 1993, his group reported the first instance of experimental quantum-state tomography of light. He has been honored as Fellow of both the American Physical Society and Optical Society of America. He has served on the Committee on Atomic, Molecular, and Optical (AMO) Science, National Research Council, and Executive Committee of the American Physical Society's Division of Laser Science.

…the author shows how semiconductors and networks require a good understanding of physics ‘by discovery’ … . Following a story that requires only high-school mathematics, the reader is transported from mechanics to thermodynamics, wave propagation, quantum mechanics and even to basic electronic engineering concepts … . Each chapter includes exercises and formal references as well as suggested readings and a provocative section on the social impacts of technology.
—Optics & Photonics News (OPN), January 2011

Change the title of this excellent text to ‘Physics for the Internet Age: The Silicon Web’ as soon as possible to attract teachers of all introductory physics courses to look into this text for adoption with its many hints as a PER [Physics Education Research]-influenced text.
—Professor John L. Hubisz, North Carolina State University, The Physics Teacher, November 2010

… a text perfect in itself and perfect for its time … . ideal for an undergraduate course required of all physical science, engineering, computer science, and mathematics majors.
—Physics Today

[A] stunningly rich story about the Internet and its associated technologies … . The Silicon Web is an elegant and elaborate textbook, one that examines the science underlying the current revolution in communications technology. Each scientific concept arises on a need-to-know basis in the context of a particular … issue or device. All the important physics is here, but presented in an engaging way, with modern examples.
—From the Foreword by Louis A. Bloomfield, author of How Things Work 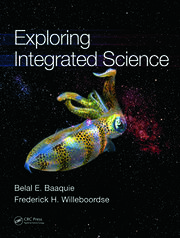 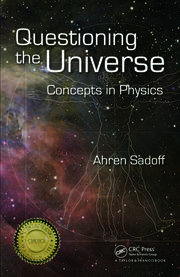 Questioning the Universe: Concepts in Physics

The Silicon Web: Physics for the Internet Age