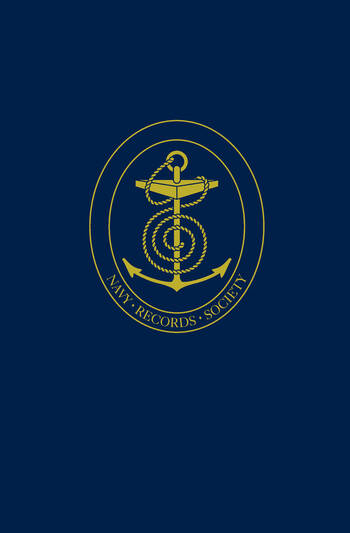 The Siege and Capture of Havana: 1762

David Syrett came to study the British capture of Havana in 1762 as a forgotten campaign of the Seven Years’ War.

Through this collection of documents he showed that Havana was arguably the most complex and difficult operation of that war. It involved making an opposed landing with an army of 16,000 men on a defended coast from a fleet that first had to pass through treacherous waters as well as to pass several well-defended enemy island positions to get to its objective, the strongest fortress in the Americas. Havana was the centre of Spanish military power in the Caribbean, the best naval base and harbour in the region, the rendezvous point for the homeward bound flotas carrying silver from the South American mines, the strategic centre for Spain’s communications with her American possessions, and a place that was reputedly a rich target for booty for an enemy to seize. Yet, the British operation was not without its failures.

The protracted campaign that lasted between 7 June and 18 October 1762 saw British forces ravaged by tropical disease. Of the 5,366 men lost in the campaign, 4,708 died from disease, while numerous others were incapacitated and later died from disease

The volume is a compilation of contemporary documents, selected from the Albemarle archives at the East Suffolk Record Office, the Pocock Papers at the Huntington Library, the Douglas and Keppel Papers at the National Maritime Museum, Greenwich, The Royal Archives at Windsor Castle, and The National Archives classes of Admiralty, Colonial Office, War Office papers, as well as the Rodney Papers.

A final document, forming the appendix, was written in 1800 by Lieutenant-General David Dundas, who served during the 1762 siege. It provides valuable insight that documents contemporary memory and professional judgment on the operation. Although British intelligence about the defence of Havana was limited, British forces conducted a successful amphibious siege operation against a strong and well-defended fortress that resulted in a Spanish surrender.

Born 8 January 1939 in White Plains, New York was the son of a well-known historian of the early American republic and editor of The Papers of Alexander Hamilton,. He graduated from Columbia University in 1961, completed his MA there in 1964 and moved to the University of London, where he completed his PhD in 1966 with a thesis on “Shipping and the American War of Independence”. He became Distinguished Professor of History at Queen’s College, City University of New York .

The Siege and Capture of Havana: 1762