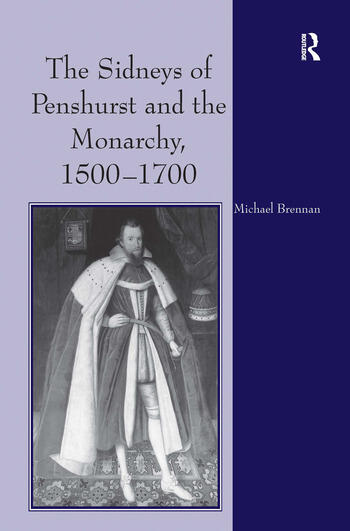 The Sidneys rank amongst the most influential families in early modern England, and can count amongst their number many leading lights of the Tudor and Stuart period. From the Elizabethan poet and soldier Philip, to the republican Algernon, the Sidney family were intimately bound up with the political, cultural and courtly life of early modern England. Taking a broadly chronological approach, this volume offers an overview of the Sidneys across several generations. By analysing various individuals and their writings, an intriguing new perspective is offered, not only on the culture of English politics, but also on the self-perception and ambitions of a leading renaissance family. During the Tudor period their long and fruitful (but sometimes problematical) association with the Dudley family in court and royal affairs is reassessed with regard to their relations with Edward VI, Mary I and Elizabeth I. During the Stuart period the Sidneys intimacy and loyalty to James I, Queen Anne and Charles I is contrasted to their more neutral (even hostile) attitudes to Charles II and James II. Against the backdrop of this shifting royal favour and religious and political upheaval, the Sidneys' political and domestic tactics used to preserve the family's reputation, estates and property are explored. The first book length study of the Sidney family's relationship with the English monarchy, this work will be welcomed by all those with an interest in English political and cultural history. Drawing upon both historical and literary sources it offers an absorbing insight into the self-perceptions of a leading renaissance family and how they adapted to the vicissitudes of the sixteenth and seventeenth century world.

Michael G. Brennan is Professor of Renaissance Studies at the School of English, University of Leeds, UK.

'This is the book we did not know we were waiting for... Brennan's book is one of the most important works in Sidney studies to have appeared in years. Rich, learned, informative and analytical, it leaves students of any or all of this remarkable family's members with a group portrait the Sidneys themselves would have recognized and appreciated.' Renaissance Quarterly ’Michael Brennan has widened the dimensions of Sidney scholarship. The Sidneys of Penshurst is a book for specialists, and its erudition reinforces the importance of understanding the Sidney family and the milieu they helped to forge.’ Journal of British Studies ’... Brennan provides a compelling story of aristocratic politics and society in early modern Britain.’ Sixteenth Century Journal