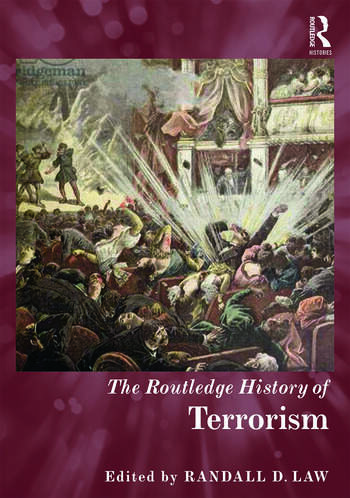 The Routledge History of Terrorism

Though the history of terrorism stretches back to the ancient world, today it is often understood as a recent development. Comprehensive enough to serve as a survey for students or newcomers to the field, yet with enough depth to engage the specialist, The Routledge History of Terrorism is the first single-volume authoritative reference text to place terrorism firmly into its historical context.

Terrorism is a transnational phenomenon with a convoluted history that defies easy periodization and narrative treatment. Over the course of 32 chapters, experts in the field analyze its historical significance and explore how and why terrorism emerged as a set of distinct strategies, tactics, and mindsets across time and space. Chapters address not only familiar topics such as the Northern Irish Troubles, the Palestine Liberation Organization, international terrorism, and the rise of al-Qaeda, but also lesser-explored issues such as:

With an introduction by the editor explaining the book’s rationale and organization, as well as a guide to the definition of terrorism, an historiographical chapter analysing the historical approach to terrorism studies, and an eight-chapter section that explores critical themes in the history of terrorism, this book is essential reading for all those interested in the past, present, and future of terrorism.

Randall D. Law is Associate Professor of History at Birmingham-Southern College in Birmingham, Alabama, where he teaches courses on Russia, Modern Europe, and terrorism. He is the author of Terrorism: A History (2009) and is frequently interviewed by national and international reporters on matters related to terrorism and Russian politics. His current research is on terrorism, violence, and criminality in the city of Odessa in the Russian Empire in the early twentieth century.

"The historical study of terrorism has come of age. Randall Law’s skillfully edited collection follows the spectacle of terror from ancient to recent times, recounting how symbolic violence against the few has long been used to communicate messages to broader audiences. Whether at the hands of state or non-state actors, driven by secular or religious beliefs, or involving real threats or imagined dangers, terrorism has been a strategy best grasped in its historical contexts. Meticulously detailed and sweepingly synthetic, The Routledge History of Terrorism is an essential guide for students and an indispensable resource for researchers and anyone who cares about this burning issue of our day."

"Exceptionally rich and sophisticated in analysis, The Routledge History of Terrorism is a much needed addition to the currently available literature on the subject and deserves to be read not only by students and academic specialists but also by security analysts, policy makers and general readers."

The Routledge History of Terrorism