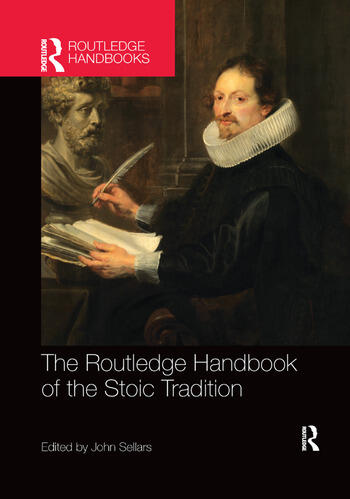 The ancient philosophy of stoicism has been a crucial and formative influence on the development of Western thought since its inception through to the present day. It is not only an important area of study in philosophy and classics, but also in theology and literature.

is the first volume of its kind, and an outstanding guide and reference source to the nature and continuing significance of stoicism. Comprising twenty-six chapters by a team of international contributors and organised chronologically, the Handbook is divided into four parts:

An invaluable resource for anyone interested in the philosophical history and impact of stoic thought, The Routledge Handbook of the Stoic Tradition is essential reading for all students and researchers working on the subject.

Part 1: Antiquity and the Middle Ages

3. Plotinus and the Platonic Response to Stoicism Lloyd Gerson

4. Augustine’s Debt to Stoicism in the Confessions Sarah Byers

8. The Recovery of Stoicism in the Renaissance Ada Palmer

9. Stoicism in the Philosophy of the Italian Renaissance Jill Kraye

10. Erasmus, Calvin, and the Faces of Stoicism in Renaissance and Reformation Thought Barbara Pitkin

13. Medicine of the Mind in Early Modern Philosophy Guido Giglioni

16. Leibniz and the Stoics: Fate, Freedom, and Providence David Forman

17. The Epicurean Stoicism of the French Enlightenment Edward Andrew

John Sellars is a Lecturer in Philosophy at Royal Holloway, University of London, and a Visiting Research Fellow at King’s College London, UK. He is the author of The Art of the Living: The Stoics on the Nature and Function of Philosophy (2009), and Stoicism (Routledge, 2006).

'... [A] welcome contribution to the literature on the multifaceted aspects of the remarkably consistent and complete metaphysics of ancient Stoicism. The references and the index are excellent. Summing Up: Recommended.' - P. A. Streveler, CHOICE

'All in all, this will be a very useful reference volume for scholars working in a wide range of fields.' - Kurt Lampe, Bryn Mawr Classical Review

'For a long time historians of post-Renaissance philosophy have been telling each other that they need to take into account the influence of the ideas and aspirations of the Stoics. But they've done so without knowing enough about the details of reception and transmission. Here, at last, is a comprehensive, complex and fascinating account of the Stoic legacy that will be a standard reference work for decades to come. It will be invaluable for those seeking to understand the philosophy of the past on its own terms.' - James A. Harris, University of St. Andrews, UK

'A unique and very impressive volume. The editor and contributors are absolutely first rate, and the topics and solidity of scholarship really asks the reader to rethink the scope, substance, and forms of a wide-ranging "tradition" of interpretation and reinterpretation that many might think is reducible to a few maxims.' – Aaron Garrett, Boston University, USA