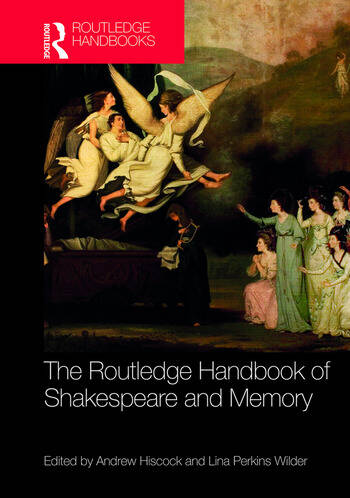 The Routledge Handbook of Shakespeare and Memory

The Routledge Handbook of Shakespeare and Memory introduces this vibrant field of study to students and scholars, whilst defining and extending critical debates in the area. The book begins with a series of "Critical Introductions" offering an overview of memory in particular areas of Shakespeare such as theatre, print culture, visual arts, post-colonial adaptation and new media. These essays both introduce the topic but also explore specific areas such as the way in which Shakespeare’s representation in the visual arts created a national and then a global poet.

The entries then develop into more specific studies of the genre of Shakespeare, with sections on Tragedy, History, Comedy and Poetry, which include insightful readings of specific key plays. The book ends with a state of the art review of the area, charting major contributions to the debate, and illuminating areas for further study. The international range of contributors explore the nature of memory in religious, political, emotional and economic terms which are not only relevant to Shakespearean times, but to the way we think and read now.

8. "The Raven O’er the Infectious House": Contagious Memory in Romeo and Juliet and Othello, Evelyn Tribble

9. "Lest we remember… our Troy, our Rome": historical and individual memory in Titus Andronicus and Troilus and Cressida, Jesús Tronch

16. ‘Memory and Subjective Continuity in As You Like It and All’s Well That Ends Well, Erin Minear

17. Veiled Memory Traces in Much Ado About Nothing, Pericles, and The Winter’s Tale, Lina Perkins Wilder

19. "Have you forgot your love?": Material Memory and Forgetfulness in Love’s Labour’s Lost and Measure for Measure, Christine Sukic

20. "Suppose thou dost defend me from what is past": Shakespeare’s Venus and Adonis and The Rape of Lucrece and the appetite for ancient memory, Andrew Hiscock

21. Monumental Memory and Little Reminders; the Fantasy of Being Remembered by Posterity, Grant Williams

22. The State of the Art of Memory and Shakespeare Studies, Rebeca Helfer

Andrew Hiscock is Professor of English at the University of Bangor, UK.

The Routledge Handbook of Shakespeare and Memory