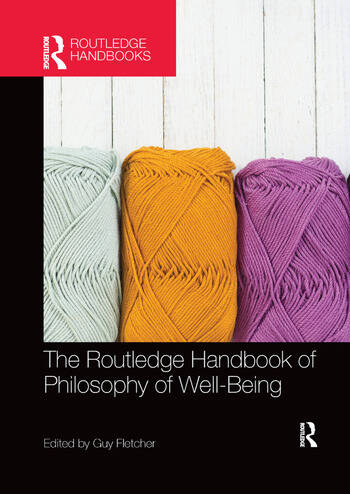 The concept of well-being is one of the oldest and most important topics in philosophy and ethics, going back to ancient Greek philosophy. Following the boom in happiness studies in the last few years it has moved to centre stage, grabbing media headlines and the attention of scientists, psychologists and economists. Yet little is actually known about well-being and it is an idea that is often poorly articulated.

provides a comprehensive, outstanding guide and reference source to the key topics and debates in this exciting subject.

Comprising over 40 chapters by a team of international contributors, the Handbook is divided into six parts:

Essential reading for students and researchers in ethics and political philosophy, it is also an invaluable resource for those in related disciplines such as psychology, politics and sociology.

Part 1: Well-Being in the History of Moral Philosophy

3. Hedonistic Theories of Well Being in Antiquity Tim O’Keefe

28. Atomism and Holism in the Theory of Personal Well-Being Jason Raibley

32. The Science of Well-Being Anna Alexandrova

33. The Concept of Well-Being Steve Campbell

Part 6: Well-being and other disciplines

Guy Fletcher is a lecturer in Philosophy at the University of Edinburgh, UK. His current research is in metaethics, on moral language and moral psychology. Another strand of research is in political philosophy, on hate speech. He also has a persistent side-interest in John Stuart Mill. He is the author of The Philosophy of Well-Being: An Introduction (Routledge, 2016).

"Without rival or even comparison in the literature, this is the definitive collection of contemporary philosophical perspectives on well-being. It is of use to students and scholars not merely of value theory, but also psychology, economics, politics, and medicine. These and still more fields have been made better off by the expert contributions to this Handbook." - Thaddeus Metz, University of Johannesburg, South Africa

"The question of what makes our lives good or bad for us is obviously of huge importance. Philosophers have much to contribute to answering that question, as this volume shows. The authors are excellent philosophers, and many have made significant contributions to the literature on well-being. This book will become the starting-point for future philosophical research on well-being." - Roger Crisp, University of Oxford, UK