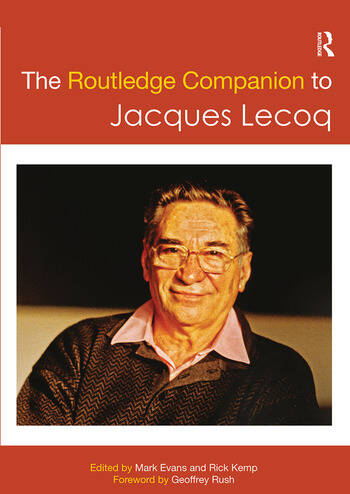 The Routledge Companion to Jacques Lecoq

The Routledge Companion to Jacques Lecoq presents a thorough overview and analysis of Jacques Lecoq's life, work and philosophy of theatre. Through an exemplary collection of specially commissioned chapters from leading writers, specialists and practitioners, it draws together writings and reflections on his pedagogy, his practice, and his influence on the wider theatrical environment. It is a comprehensive guide to the work and legacy of one of the major figures of Western theatre in the second half of the twentieth century. In a four-part structure over fifty chapters, the book examines:

This is an important and authoritative guide for anyone interested in Lecoq's work.

and the Journey of a People

Susan Knutson (CAN) and Normand Godin (CAN)

... Lecoq in the Twenty First Century

Mark Evans is Professor of Theatre Training and Education and Associate Dean (Student Experience) in the Faculty of Arts and Humanities at Coventry University. His research focuses on the work of Jacques Copeau, Jacques Lecoq and movement training for the modern actor. He recently edited The Actor Training Reader (Routledge, 2015) and is an Associate Editor of the Theatre, Dance and Performance Training journal.

Rick Kemp is Head of Acting and Directing at Indiana University of Pennsylvania, and the author of Embodied Acting (Routledge 2012). He has worked internationally as an actor and director with companies and theatres such as Commotion, Complicite, Almeida, Teatr Polski and the Bouffes du Nord.

The Routledge Companion to Jacques Lecoq