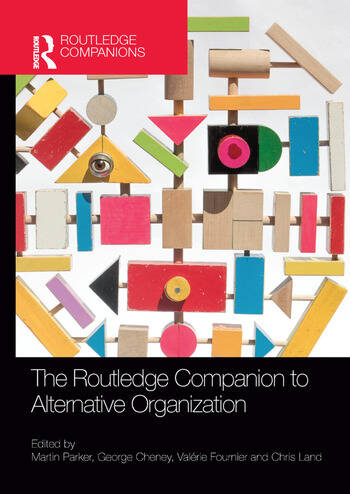 The Routledge Companion to Alternative Organization

Despite the Great Recession, slightly different forms of global capitalism are still portrayed as the only game in town by the vast majority of people in power in the world today. Unbridled growth, trade liberalisation, and competition are advocated as the only or best ways of organizing the contemporary world. Unemployment, yawning gaps between rich and poor, political disengagement, and environmental devastation are too often seen as acceptable ‘side effects’ of the dominance of neo-liberalism.

But the reality is that capitalism has always been contested and that people have created many other ways of providing for themselves. This book explores economic and organizational possibilities which extend far beyond the narrow imagination of economists and management theorists. Chapters on co-operatives, community currencies, the transition movement, scrounging, co-housing and much more paints a rich picture of the ways in which another word is not only possible, but already taking shape. The aim of this companion is to move beyond complaining about the present and into exploring this diversity of organisational possibilities. Our starting point is a critical analysis of contemporary global capitalism is merely the opening for thinking about organizing as a form of politics by other means, and one that can be driven by the values of solidarity, freedom and responsibility.

This comprehensive companion with an international cast of contributors gives voice to forms of organizing which remain unrepresented or marginalised in organizational studies and conventional politics, yet which offer more promising grounds for social and environmental justice. It is a valuable resource for students, activists and researchers interested in alternative approaches to economy and society in a variety of disciplinary and interdisciplinary fields.

Martin Parker is Professor at the School of Management, University of Leicester, UK

George Cheney is Professor of Communication Studies and Coordinator of Doctoral Education in Communication and Information at Kent State University, Ohio, USA

Chris Land is Senior Lecturer in Work and Organisation at the University of Essex, UK

The Routledge Companion to Alternative Organization