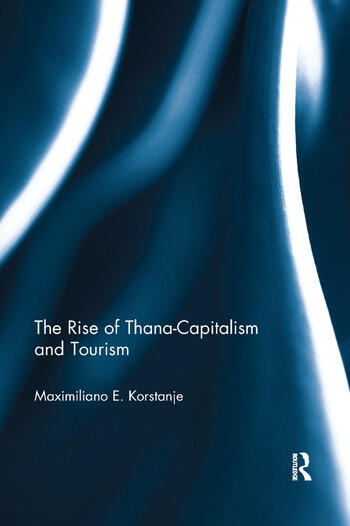 The Rise of Thana-Capitalism and Tourism

We live in a society that is bombarded by news of accidents, disasters and terrorist attacks. We are obsessed by the presence of death. It is commodified in newspapers, the media, entertainment and in our cultural consumption.

This book explores the notion of an emergent class of â€śdeath-seekersâ€ť who consume the spectacle of the disaster, exploring spaces of mass death and suffering. Sites that are obliterated by disasters or tragic events are recycled and visually consumed by an international audience, creating a death-seekers economy. The quest for the suffering of others allows for a much deeper reinterpretation of life, and has captivated the attention of many tourists, visiting sites such as concentration camps, disasters zones, abandoned prisons, and areas hit by terrorism. This book explores the notion of the death-seekers economy, drawing on the premise that the society of risk as imagined by postmodern sociology sets the pace to a new society: thana-capitalism. The chapters dissect our fascination with otherâ€™s suffering, what this means for our own perceptions of the self, and as a tourist activity. It also explores the notion of an economy of impotence, where citizens feel the world is out of control.

Preface: The Cult to Individualism

Chapter 5: Understanding the Origin of Evilness

Chapter 6: From the Enigma of Christ Toward Noahâ€™s Ark

Chapter 7: The Supremacy of Anglo-Race: Individualism Above All

The Rise of Thana-Capitalism and Tourism