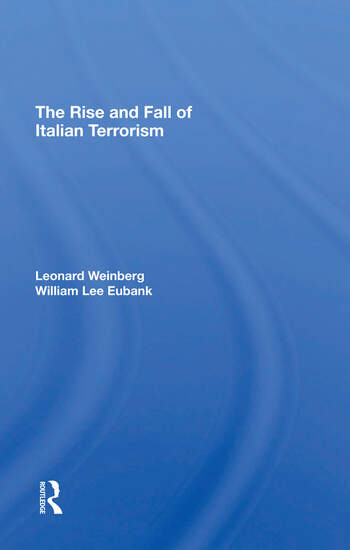 The Rise And Fall Of Italian Terrorism

Italian democracy may not be as fragile as many of its observers feared or imagined. It has lasted more than twice as long as the Fascist dictatorship that preceded it. Since the end of the Second World War, Italy's citizens and their political leaders have had to overcome massive problems of both state and society that their counterparts in more tranquil parts of Europe have not encountered. The problem to which this book is devoted is that of political terrorism. It deals with a large-scale and protracted outbreak of domestic terrorism. It is concerned with terrorist violence in Italy committed by Italians against other Italians, the purpose of which was to influence the course of that country's political life

Leonard Weinberg is Foundation Professor Emeritus at the University of Nevada

The Rise And Fall Of Italian Terrorism