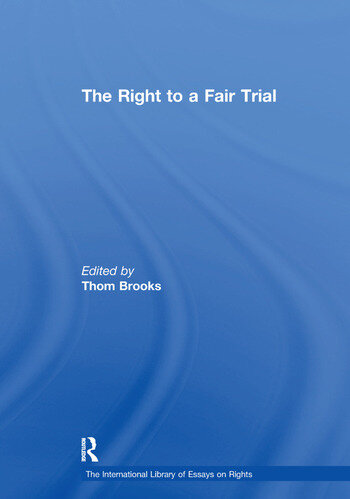 The Right to a Fair Trial

The right to a fair trial is often held as a central constitutional protection. It nevertheless remains unclear what precisely should count as a 'fair' trial and who should decide verdicts. This already difficult issue has become even more important given a number of proposed reforms of the trial, especially for defendants charged with terrorism offences. This collection, The Right to a Fair Trial, is the first to publish in one place the most influential work in the field on the following topics: including the right to jury trial; lay participation in trials; jury nullification; trial reform; the civil jury trial; and the more recent issue of terrorism trials. The collection should help inform both scholars and students of both the importance and complexity of the right to a fair trial, as well as shed light on how the trial might be further improved.

The Right to a Fair Trial