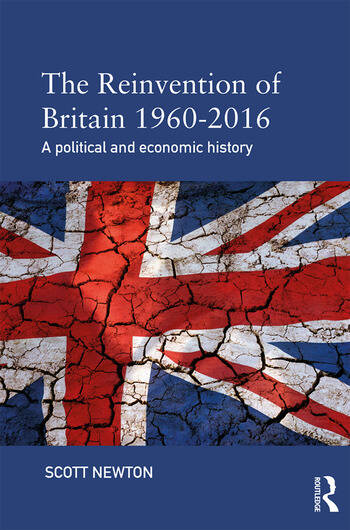 The Reinvention of Britain 1960-2016: A Political and Economic History

The Reinvention of Britain 1960–2016 explores the transformation of contemporary Britain, tracing its evolution from the welfare state of the post-1945 era to social democracy in the 1960s and 1970s and the liberal market society of 1979 onwards. Focusing primarily on political and economic change, it aims to identify which elements of State policy led to the crucial strategy changes that shaped British history over the past six decades.

This book argues that since 1960 there have been two reinventions of the political economy of the United Kingdom: a social-democratic shift initiated by the Conservative government of Harold Macmillan and developed by Labour under Harold Wilson, and a subsequent change of direction towards a free market model attempted by the Conservatives under Margaret Thatcher. Structured around these two key policy reinventions of the late twentieth century, chapters are organized chronologically, from the development of social democracy in the early 1960s to the coalition government of the early 2010s, the Conservative election win that followed and the ‘Brexit’ referendum of 2016.

Providing a comprehensive yet accessible introduction to the political and economic history of this period, The Reinvention of Britain 1960–2016 is essential reading for all students of contemporary British history.

Introduction: why a political and economic history?

Part 1: The Rise and Fall of Social-Democratic Britain

Scott Newton is Emeritus Professor of Modern British and International History at Cardiff University, having taught there for 33 years before retiring in 2016. He has written on British economic history and policy and the interaction between socio-economic change and international relations, and his work has appeared in journals such as Diplomacy and Statecraft, The Economic History Review and the English Historical Review. His best-known books are Modernization Frustrated (1988, with Dilwyn Porter), Profits of Peace: The Political Economy of Anglo-German Appeasement (1996) and The Global Economy, 1944–2000: The Limits of Ideology (2004).

The Reinvention of Britain 1960-2016: A Political and Economic History