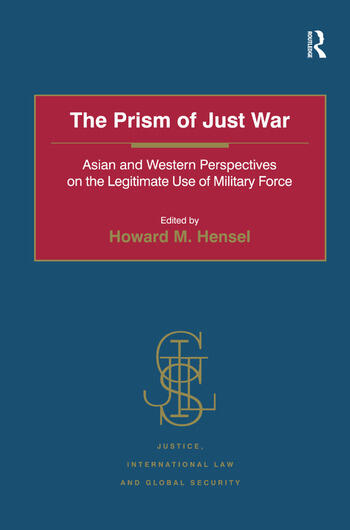 The Prism of Just War: Asian and Western Perspectives on the Legitimate Use of Military Force

Through a careful examination of religious and philosophical literature, the contributors to the volume analyze, compare and assess diverse Western, Islamic, Hindu and East Asian perspectives concerning the appropriate criteria that should govern the decision to resort to the use of armed force and, once that decision is made, what constraints should govern the actual conduct of military operations. In doing so, the volume promotes a better understanding of the various ways in which diverse peoples and societies within the global community approach the question of what constitutes the legitimate use of military force as an instrument of policy in the resolution of conflicts.

'... a groundbreaking and fascinating globalization of just war thinking by way of detailed consideration of Asian and Islamic perspectives. This inter-civilizational exploration should become essential reading for all those seeking to extend the rule of law to war in the 21st century beyond its Western origins.' Richard Falk, University of California at Santa Barbara, USA 'A unique and valuable collection of essays assessing Just War Theory in different historic periods and cultures, East and West. Especially relevant are the sections analyzing the values and assumptions of just war theorists in those non-western areas which today constitute the centers of military operations. Both seasoned professionals and those simply curious as to past and present efforts to find the goals and limits of warfare will benefit from this exhaustive study.' Michael Boll, San Jose State University, USA 'The inherent value of this text is the collation of perspectives beyond western societies and documenting the influences of culture on the moral constructs of just war theory, noting that neither are mutually exclusive... this book is recommended.' Australian Defence Journal 'With the rise of Asia, and conflict with, and within, parts of the Islamic world constituting enduring themes in contemporary international politics, a better understanding of non-Western perspectives on the use of military force is long overdue. The great value of the book is that it will appeal not only to just war scholars or to those of international law or ethics, but also more broadly, including to scholars of strategic studies, military history, political philosophy, cultural studies and sociology, international relations, and relevant area and country studies.' Political Studies Review 'Howard Hensel’s The Prism of Just War aims to prise the just war tradition open to new angles and ideas... The first section [...] comprises chapters by Hensel, Gregory Raymond, and Tyler Rauert... All are of a sup

The Prism of Just War: Asian and Western Perspectives on the Legitimate Use of Military Force